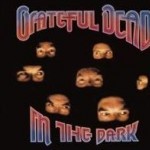 ‘Touch Of Grey’ – The Grateful Dead

Hitting Number Nine on the Billboard pop chart, “Touch Of Grey” was the Grateful Dead's most successful single by a long shot. Their previous best, “Truckin’,” had peaked at Number 64.

The In The Dark album has sold more than two million copies and peaked at Number Six on the Billboard album chart. It's the Dead's second best-seller, behind the Skeletons In the Closet best-of collection.

The Dead worked on In The Dark for several years and road-tested many of the songs, including “Touch Of Grey,” during its seemingly constant touring schedule.

Despite the success of In The Dark, the Dead was never a band that warmed to the studio, according to Garcia. “Our income doesn't come from records. It comes from (live) work. It's of some concern to us. We make records at least partially with commercial intentions. Making records is a different thing. It's not playing for warm human beings. It's a very artificial situation, with the overdubs and everything. In my mind, it's never really been making music.”

Drummer Mickey Hart says the Dead didn't even think In The Dark “was that good an album, really. We thought it was okay, but we didn't think there were hits on it. I think we can do a better record than that, easily.”

Hart says the group tried to achieve a spirit closer to its live shows on In The Dark. “We just got back down to relaxing and taking it easy, making it simple. The spirit of the record was very much ‘Keep it simple, stupid’.”

The band found Robert Hunter's lyrics for “Touch Of Grey” particularly appropriate, according to Hart. “The Grateful Dead had a touch of grey, didn't it? And it worked like that, like the song. We were sort of like the tune in a way. All I can say is I thought it was very … you're making fun of yourself, which is a good thing to do.”

The “Touch Of Grey” music video pictured a group of skeletons – part of the Dead's logo – playing the song, gradually turning into the Dead members in the flesh.