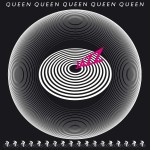 The single was promoted with a video featuring nude women in a bicycle race. Sixty-five women, many with “fat bottoms,” were recruited for the video, which was filmed September 17th, 1978, at Wembley Stadium in London.

The bicycles for the video were provided by the manufacturer Halfords, which made Queen pay for replacement seats following the shoot.

The bicycle race also resulted in a poster that was included in the Jazz album. After initial pressings, it was discontinued in the U.S. and replaced by a form allowing buyers to mail-in for their copy of the poster.

During their performance at Madison Square Garden in New York City in the fall of 1978, Queen reenacted the bicycle race onstage.

At the advice of their accountant, Queen recorded the Jazz album in two countries in order to avoid falling under taxation laws in any one nation.

The Jazz sessions were marked by two band birthdays — drummer Roger Taylor's 29th and frontman Freddie Mercury's 32nd, both of which were celebrated with lavish parties, which involved swinging from a chandelier (at Taylor's) and swimming nude (at Mercury's).

Queen was so taken with Mountain Studios in Switzerland that they decided to buy the facility from its Dutch owners.

Jazz peaked at Number Six on the Billboard 200 and Number Two in the U.K. It was Queen's second consecutive million-seller, following 1977's News Of The World.