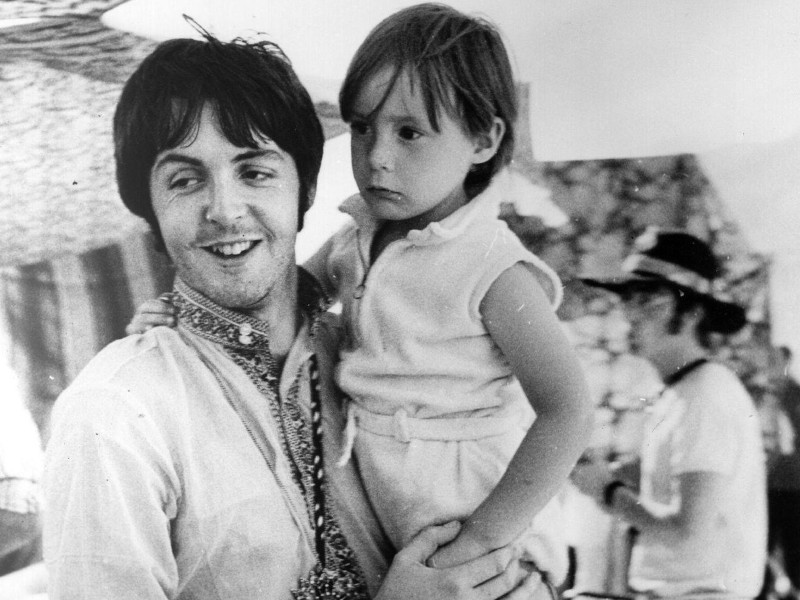 It was a Lennon / McCartney reunion of sorts on Saturday (November 12th) in London. Julian Lennon posted a couple of photos of he and Paul McCartney after bumping into each other at a lounge at Heathrow Airport.

Julian wrote: “It’s Amazing who you run into in an airport Lounge! None other than Uncle Paul…. So, so lovely, and what are the chances… Thankful….”

Julian ended the post with a heart, prayer, and kiss emojis.

Julian Lennon's latest album, titled Jude, tips its hat to Paul McCartney who wrote the legendary Beatles classic for him at a particularly dark time in his childhood after his parents — John and Cynthia Lennon separated when he was only five. McCartney, who was always close to Julian as a child, recalled composing the song for him: “I was driving out to John's house after John and Cynthia had got divorced and I was just going out to say hello to Cynthia and Julian. And I started coming up with these words. In my own mind I was kind of talking to Julian: 'Hey Jules don't take it bad, take a sad song and make it better' — y'know, it will be alright. So, I kind of got the first of the idea on the way out there with this 'Hey Jules' as I thought it was going to be called, It seemed a little bit of a mouthful so I changed it to Jude.”