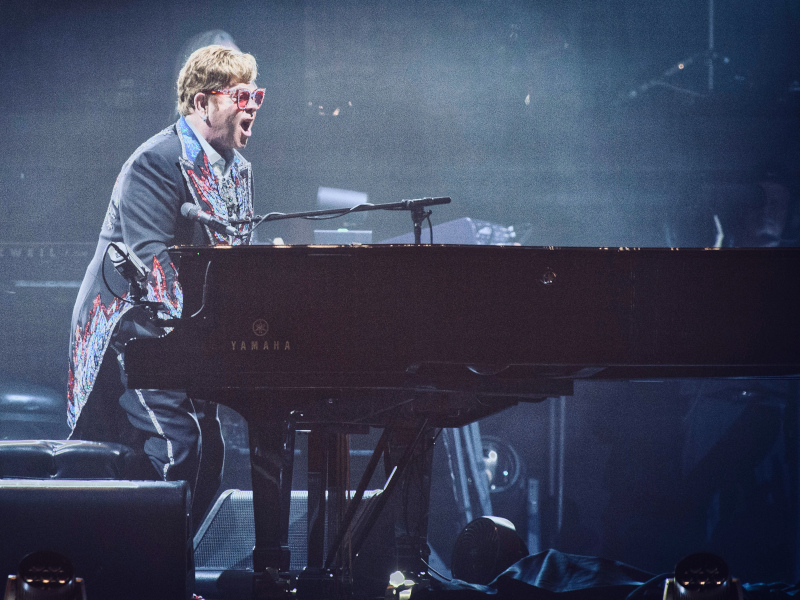 At the start of the tour, we caught up with Davey Johnstone, Elton's guitarist for over 50 years. And although he maintains the “Rocket Man” is indeed quitting the road — he's still unsure if he's actually done with performing. We asked him if he really thinks Elton's farewell trek is really the end of the road: “Oh yeah. Oh yeah — we're too bloody old! It's not gonna happen anymore. When we finally get finished with this farewell tour, there's no way we're gonna do any more. There's no way. . . it's just that . . . 'Cause, y'know, I just turned 70, Elton's 74. He's ready for a break — but again, I never say 'never' with him. All I know is this is a farewell to touring. This is what this 'Farewell Yellow Brick Road' thing is. So, who knows what might happen? He might do something else, revue-wise, or maybe a one-man show somewhere. I have no idea.”