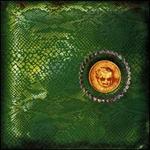 Recorded: Fall 1972 at the Cooper Mansion in Greenwich, Connecticut, and the Record Plant in New York City

Alice Cooper band guitarist Michael Bruce based “No More Mr. Nice Guy” on the Who's “Substitute,” though reviewers often commented on its musical similarity to the Rolling Stones.

In the liner notes to the box set The Life And Crimes Of Alice Cooper, Alice Cooper wrote that the lyrics to “No More Mr. Nice Guy” were a response to the controversy surrounding the band over their live show and other publicity-seeking antics. “The funny part of this song was that we had all of this horrific publicity, and then we came out and declared, 'All right, everyone… now it's “No More Mr. Nice Guy” time. The gloves are off.' People were going, 'Huh? What? Now they're going to get worse?!?'”

As for the verse about his parents — “My mom's been kicked out of the social circle/My dad has to hide” — Cooper said it was based on true events: “I wrote the lyrics out of anger because of how my parents were treated by some of the press. It was particularly hard because of my dad being a minister. Fact is, my parents were the only ones who knew I was a nice guy.”

Billion Dollar Babies was Cooper's only Number One album and the group's third consecutive million-seller.

The album also topped the chart in the U.K.

Recorded in Connecticut, New York City, and London, it was also the first Cooper album to make extensive use of outside musicians, including Donovan, Harry Nilsson, and guitarists Dick Wagner, Steve Hunter, and Mick Mashbir.