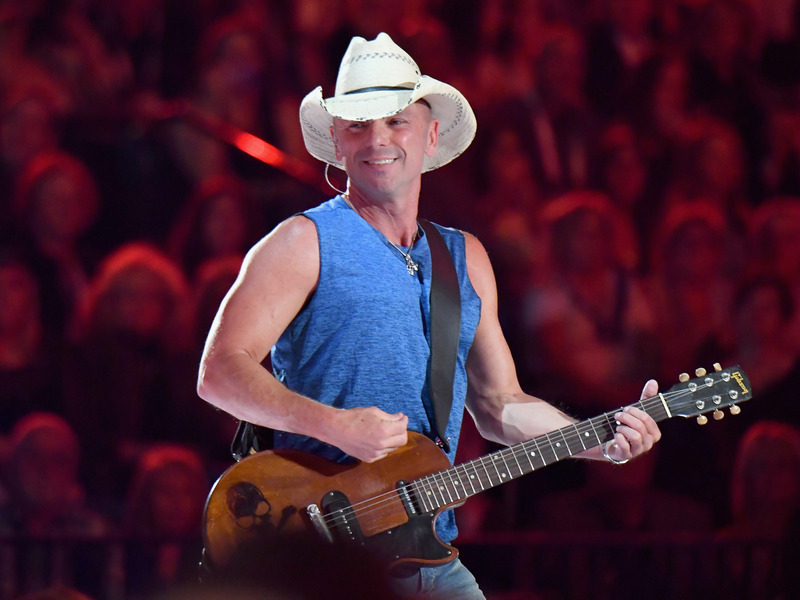 Kenny Chesney has announced his 2023 tour plans and so far, they only include arena tours through the late spring. The I Go Back 2023 Tour will open on March 25th in State College, PA with special guest Kelsea Ballerini on all dates. The tour is currently scheduled to wrap up on May 27th in Orange Beach, AL followed by a previously announced date at the Hy-Vee Indy Race in Des Moines, IA on July 22nd.

Kenny said, “'I Go Back' is a song about holding all those things that shaped you very close and keeping them alive anyway you can. In 2023, I decided rather than just go repeat what we did on this summer's stadium tour, I wanted to take this band and these songs to a lot of the cities we played on our way up, call it the I Go Back Tour and do just that.”

Kenny and Kelsea won the 2021 Country Music Association Vocal Event and Video of the Year for their hit duet, “Half of My Hometown,” as well as being nominated for 2022 CMA Single of the Year. Kenny said, “Kelsea understands everything about where I come from, because she’s from there, too . . . I have been one of Kelsea’s biggest fans ever since. She’s a writer, a girl who sings from her heart and isn’t afraid to honor where she comes from. To me, there was no other choice for this tour.”

Kelsea added, “Music has taken me so many incredible places. Around the world, singing with some of my heroes in pop, alternative and contemporary music, but singing with Kenny is going home. He was the only voice I heard on ‘half of my hometown,’ and when he comes in, it’s just like hitting the Knoxville city limits. So to be able to go out to those cities like the place he and I grew up with an artist who’s accomplished what he has, it’s a lot like going home.”

Tickets to the I Go Back Tour 2023 go on sale on December 2nd at 10 a.m. local time at KennyChesney.com.