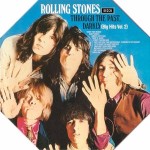 "Honky Tonk Women" was released the day after Rolling Stones guitarist and founding member Brian Jones was buried. He was fired by the band on June 8th, 1969, because of drug and personal problems, and he drowned in his swimming pool less than a month later, on July 3rd, 1969.

Former bassist Bill Wyman recalls that while the Stones were recording the song, "We tried various ways before (producer) Jimmy Miller sat down at the drums and showed (drummer) Charlie (Watts) a rhythm. Jimmy then picked up a cowbell and played it, giving the track the distinct edge that made it so successful…We dispersed with the knowledge that we had completed a winning single."

The song hit Number One on both the U.S. and U.K. pop charts.

A country version, "Country Honk" — complete with horns honking in the background — was included on Let It Bleed. "Country Honk" came about when guitarist Keith Richards showed backup singer Nanette Newman the song while playing it on an acoustic guitar. Producer Miller liked the acoustic version and recorded it.