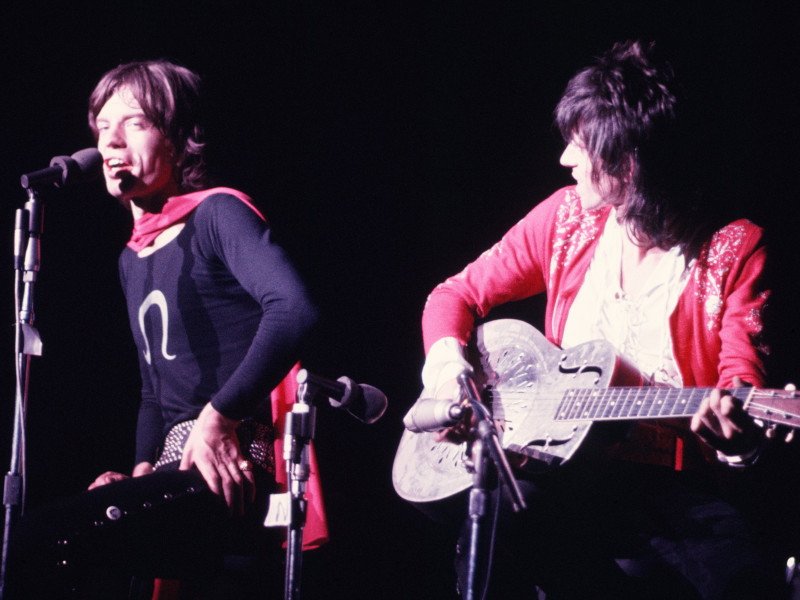 Rolling Stones Fans Petitioning For 1969 Live Tapes To Be Released

A petition to see the release of a trio of professionally recorded soundboards from the Rolling Stones' November 1969 Madison Square Garden stand has nearly met its goal of 2,500 signatures. Two of the shows were briefly available online as a copyright protection drops before being yanked prior to the masses being able to download them.

In addition to tracks recorded from the band's November 26th, 1969 gig at the Baltimore Civic Center, the 1970 Get Yer Ya-Ya's Out: The Rolling Stones In Concert album was culled from the Stones' November 27th and 28th MSG performances. In 1970, there was extensive post-production added to the raw tapes by Mick Jagger and Keith Richards at London's Olympic Studios.

According to the petition, which at press time was at 2,061 signatures:

We, in the Rolling Stones fan-base community are strongly advocating for a release of a potential box set containing all three of the professionally recorded shows from Madison Square Garden utilized for the Get Yer Ya-Ya's Out live in-concert album. Glyn Johns, legendary engineer and producer who recorded these brilliant performances on 11/27/69 & 11/28/69, was fortunate to capture the Rolling Stones at the peak of their powers. By the time they reached the east coast, the Stones had played over a dozen shows and were musically tight and commanding.

By all accounts, from fans and critics alike, the Madison Square Garden shows were arguably the best performed shows of the '69 US tour.

We, in the Stones fan-base community have longed to hear all three of the MSG shows (minus the excessive vocal/instrumental overdubs & extraneous editing), released in excellent quality, exactly as they were played in order to experience a true representation of being at a Rolling Stones concert in 1969! Why release all three MSG shows- given that there was minor variability in the setlists?

20 years after the fact, Keith Richards looked back at the Stones' '69 North American tour as the road trek that brought about the band's modern era: “Suddenly you had to work with P.A. systems. Instead of playing full-blast just bro try to penetrate the audience, then suddenly — it's back to learning how to play onstage again. So for us, it was all like a school again, the '69 tour.”