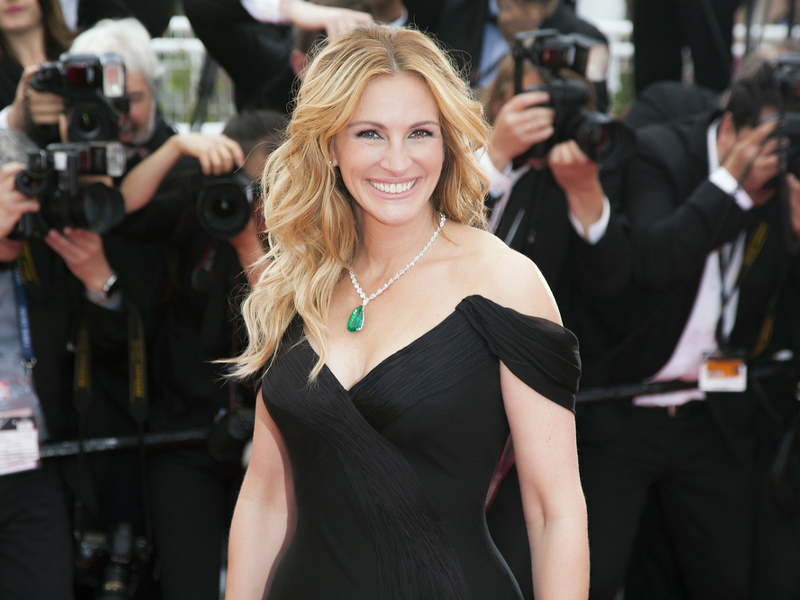 JULIA ROBERTS CELEBRATES HER TWINS’ 18TH BIRTHDAY WITH THROWBACK PHOTO: On Monday (November 28th), Julia Roberts shared a sweet throwback photo to Instagram to celebrate her twins Hazel and Finn‘s 18th birthday. Roberts is holding one of the twins up as she stands in a kitchen in the photo, while the other is sitting nearby. Sleepless in Seattle actress Rita Wilson commented on the post, “It can’t be!!!!!!! Happy Birthday!!!!”

HELENA BONHAM CARTER GETS DRAGGED ON TWITTER FOR DEFENDING J.K. ROWLING AND JOHNNY DEPP: After Variety tweeted a quote from Helena Bonham Carter Monday (November 28th), from the interview in which she defended J.K. Rowling and Johnny Depp, some fans hit back—bringing her affair with Emma Thompson‘s ex-husband Kenneth Branagh into the picture. “Like I'm going to listen to a homewrecker like Helena,” one person wrote. Another added, “Emma Thompson is like ‘you would know.'”

JULIE CHRISLEY SAYS SHE NEVER ‘INTENTIONALLY TRIED’ TO DO ANYTHING WRONG: Days before she was sentenced, Julie Chrisley appeared on her daughter Savannah‘s Unlocked podcast and addressed her bank fraud and tax evasion conviction. “I think about the situation that we’re dealing with right now, and I’m thinking about I’ve never gone out here and hurt a soul,” she said. “I have never gone out here and intentionally tried to do anything that I wasn’t supposed to do, and look where I’m standing right now.” She added, “I know what I’ve done. More important, I know what I haven’t done.”

JOANNA GAINES APOLOGIZES TO HER MOTHER ABOUT NOT EMBRACING HER KOREAN HERITAGE: On Monday’s (November 28th) episode of Joanna Gaines‘ podcast The Stories We Tell, the Fixer Upper star apologized to her mother for “living in halfness” and not embracing her Korean identity. Gaines told her mother Nan, “I don’t know that I ever told you this, but I always wanted to say I was sorry for living in halfness. And not fully embracing the most beautiful thing about myself, which was you. The culture that was half of me as a Korean little girl, as a Korean teenager, as a Korean woman.” She added, “I just wanted to tell you mom, that I now am fully in a place of just complete pride.”