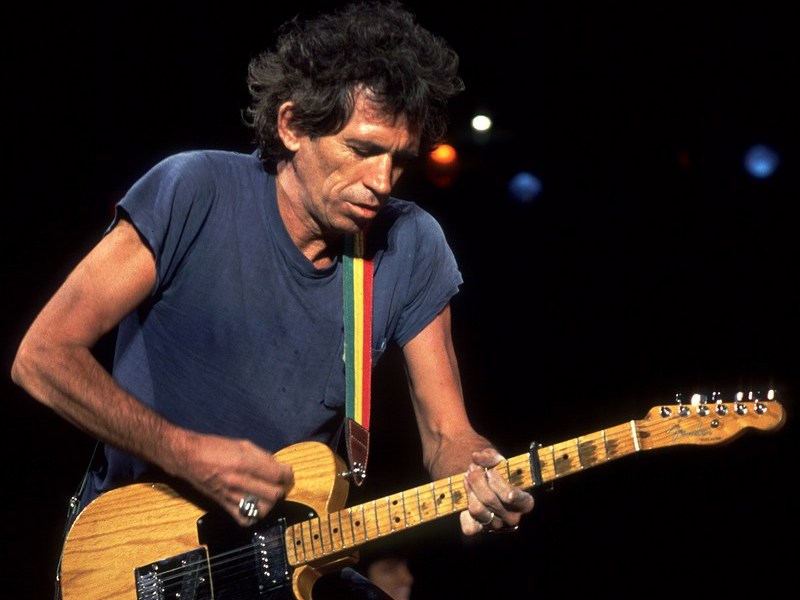 A new Keith Richards "Essentials" playlist has popped up on Apple Music. The 17-track collection spans Richards' solo career away from the Rolling Stones — including a pair of live tracks with his band the X-Pensive Winos along with his classic 1978 holiday take on "Run Rudolph Run."

Keith Richards admitted that in the 1980's a solo album — let alone whole a new band — was unthinkable until things went south between him and Mick Jagger: ["I never wanted to make a solo album until I started making it, until I found the right guys to play with. To make a solo album, it meant the Rolling Stones weren't working for a while. There's no way that I would've dreamed, or dreamt of a solo album while I was working with the Stones, because that would be counter productive. I did this record because there was no possibility when I started to make this record that the Stones were gonna to come back together."] SOUNDCUE (:26 OC: . . . come back together)

The tracklisting to Keith Richards' Essentials is: