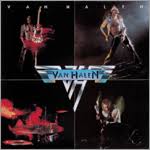 Before recording the track, lead singer David Lee Roth had gone on a health kick and had stopped smoking, which altered his voice, if ever so slightly. Producer Ted Templeman detected the difference and ordered Roth to eat a cheeseburger and smoke a joint before attempting the song again. Roth then nailed his part in 40 minutes.

The Van Halen album only reached Number 19 on the Billboard 200 chart, but eventually sold more than 10 million copies.