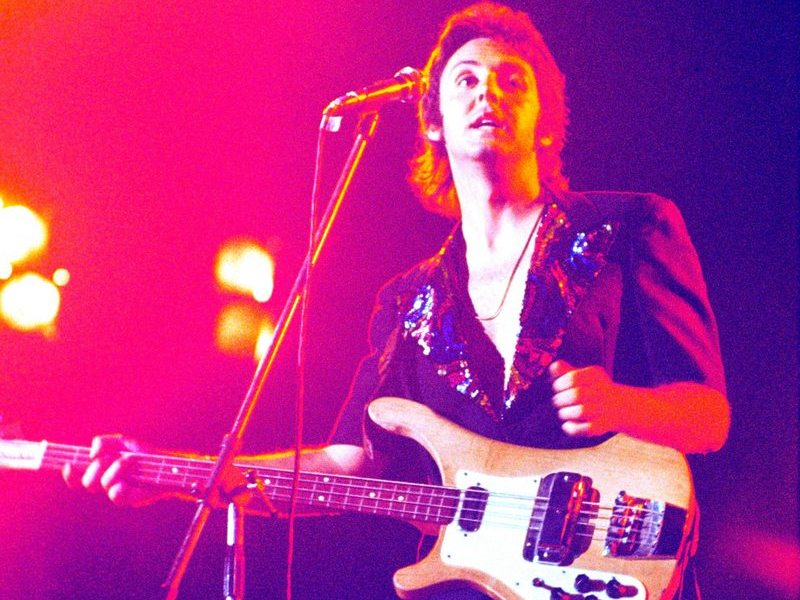 It was 51 years ago today (December 7th, 1971) that Paul McCartney released his first album with Wings, titled Wild Life. The album, which was McCartney's third post-Beatles solo set, topped out at Number 10 on the Billboard 200.

Denny Laine was the sole member of Wings to span the band's decade-long run. He recalled the early-summer 1971 phone call from McCartney asking him to help form the group: “Y'know, he was looking for people he could get on with and people who would go on in the future with new ideas. So he just called up and said, 'Paul here, do you fancy getting a band together?'”

In mid-December 1971, only days after Wild Life was released, Paul McCartney was in Manhattan promoting the disc, when he and Linda popped over to John Lennon and Yoko Ono's Greenwich Village apartment for what has been called over the years a sort of “truce summit” in which the former Beatles tried to discuss their business problems and agree to stop bad-mouthing each other in the press.

McCartney biographer Christopher Sanford told us that Lennon, who at the time was riding high on his critically acclaimed Imagine album, pulled no punches when he told McCartney what he thought of his new work: “John was not a great fan of Wild Life, I think he saw it as another step down that 'easy listening' road that he thought Paul was having veered towards — and many others agreed with that. Y'know, that's one of the things, he was never shy of an opinion, of course — that he told Paul at that meeting. But those were tense times, of course, and there's no pretending otherwise. The obvious analogy is a divorce where you're right in the middle of the ugliness, and the lawyers are kind of exacerbating the problem. And things get said and done that maybe years later, you wouldn't have wanted to say or do.”

One of the highlights on Wild Life is “Bip Bop” — a tune that would actually fit in quite nicely with the lo-fi alternative music scene these days. A while back, Paul McCartney admitted that although he signed off on everything he's ever released, there are still a few tracks that never fail to get under his skin: “Yeah, there’s one or two tracks I’m not very keen on. I was talking to a producer called Trevor Horn, and I was talking to him, I was saying ‘I hate the track called, ‘Bip Bop’' — it’s on Wild Life. It’s like, that’s basically the entire lyrics. And he said, ‘Oh, I love it. It’s my favorite track.’ So, what can you do? I’m not keen on that one.”

Not too long ago, Paul McCartney talked to Guitar World magazine, and recalled the recording of Wild Life, remembering, “We'd heard that (Bob) Dylan had done an album in a week, and I think coming off the back of taking a long time over records, it seemed like an interesting idea to do a record quickly. Y'know, I like the record. It wasn't perhaps as good as some of the others. But for me, a record can be associated with a favorite memory, which kind of validates it. And I have this great memory of driving up (L.A.'s) Sunset Strip and (moving up alongside) some real hippie guy — typical Woodstock type. He pulled (Wild Life) out of his driving cab and held it up and said, 'Hey man, great record.' And to me, that was it.”

Last February 4th, in commemoration of the 50th anniversary of Wings' debut album, Paul McCartney issued a new half-speed mastering vinyl edition of Wild Life. The new version of the album was cut using a high resolution transfer of the original 1971 master tapes.

That day fans were able to log in to Spotify or Apple Music for McCartney's official Wild Life listening party, where people from around the globe shared memories and their personal stories about the classic album.

The tracklisting to 'Wild Life' is: