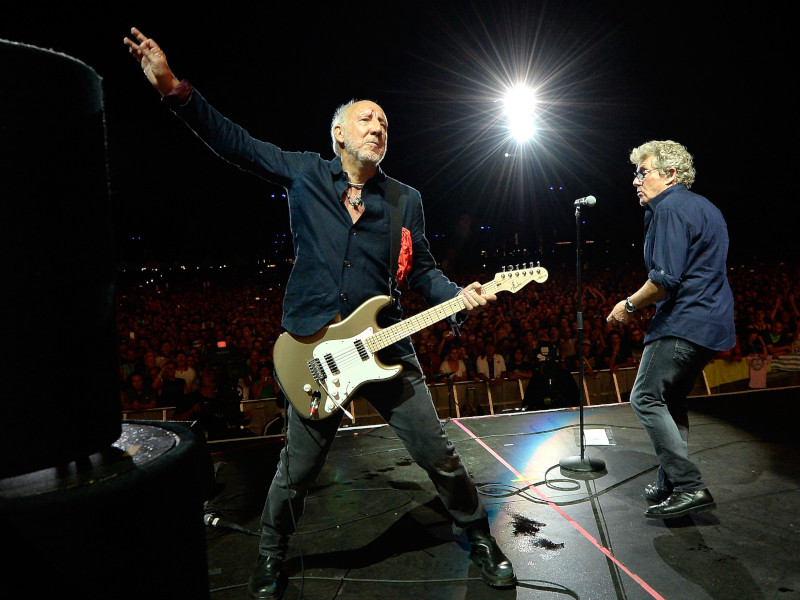 The Who Rolls Out First 2023 European Dates

The Who has announced the first three concerts of their 2023 European tour. As it stands now, the band led by Roger Daltrey and Pete Townshend will feature a full orchestra every night, will play Barcelona, Spain on June 14th; Berlin, Germany on June 20th; and Paris, France on June 23rd. More cities will soon be announced.

Tickets go on sale to the general public on December 14th at 11 a.m. CET at Ticketmaster.

Pete Townshend said in the statement announcing the 2023 trek:

It is wonderful that we can return to Europe after so long away. We look forward to bringing our grand orchestral show which has received such great reviews so far and play some old-fashioned Who-style rock ’n’ roll songs from our back catalog as well.

We mix it all up in the most amazing evening of music: I have to say that this show is one that I personally enjoy as much as anything I have ever done in the 60 years I’ve been working with Roger. We are so lucky to be able to spend an evening with you all.

Pete Townshend told us that he relishes the chance to shake the tried and true Who show up these days: ["Y'know, it's 52 orchestral (laughs) musicians on the stage with us and Zak Starkey with an electronic drum kit. Y'know, and I'm having to leave my Marshall stacks at home (laughs). It isn't exactly Guns N' Roses, y'know what I mean? It's a very, very different experience."] SOUNDCUE (:14 OC: . . . very different experience)

Roger Daltrey told us he's adamant that the current road dates showcase the Who at its most unrelenting: ["I don't want the Who to compromise the way we play at all. I want the same venom coming out of Pete and me and within the songs that are there that is always there. We just do not have to make the racket on the stage. We can do it in a way now that the PA can make that noise; I mean we actually generate it, but we do not need the volume on the stage, we can move it out to the sides, so the crowd get the full whack of the Who as it is as a six-piece, and then the orchestra added on top just makes it mega, y'know?"] SOUNDCUE (:29 OC: . . . it mega y'know)

The Who will perform acoustically on December 13th at London's St. Luke’s Church in London. All proceeds from the show will benefit Nordoff Robbins and the music therapies it supplies to challenged children.

JUST ANNOUNCED: The Who European tour dates (subject to change):