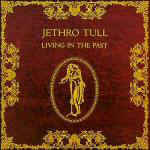 Jethro Tull recorded "A Christmas Song" as the B-side for their third single, "Love Story."

The single peaked at Number 29 on the U.K. pop chart.

Neither song was originally an album track for Tull. Both made their first album appearance on the 1972 compilation Living In The Past.

The group hired David Palmer to write a last-minute string arrangement for "A Christmas Song." It was the start of a long-term relationship that culminated in Palmer joining the band in 1976.