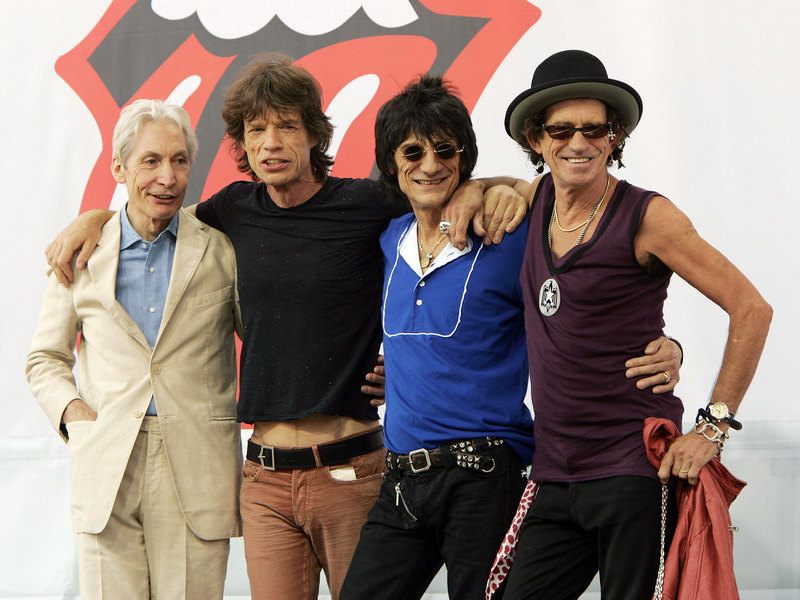 The Rolling Stones have just dropped the live video for “Happy” as featured on the band's latest archival release, titled Grrr Live! The multimedia release drops on February 10th and was recorded on December 15th, 2012 during the band's “50 And Counting” tour stop at Newark, New Jersey's Prudential Center.

Keith Richards remains puzzled how a band that started in 1962 is still gaining new and younger fans: “I don't know how we crossed the (laughs) generation gaps. I can only presume that it's good music and everybody's had a good feeling when they hear it when they grow up with it. There's the air you breathe, the water you drink, the food you eat — and then there's the Rolling Stones. And I guess we're just part of the furniture, y'know?”

Over 45 years since first hitting the road with the Rolling Stones, Ron Wood says that he and Keith Richards still possess a sixth sense about how to intertwine their guitar work onstage: “That was something that Keith and I have always luckily had from the start. We never planned, as such, what we are gonna do individually. We have a knack of if one goes this way, the other one will slide in this way. On a certain number, we don't even look at each other. If I wanna take the solo, I'll take it, right? And if he wants to take it, he'll take it.”