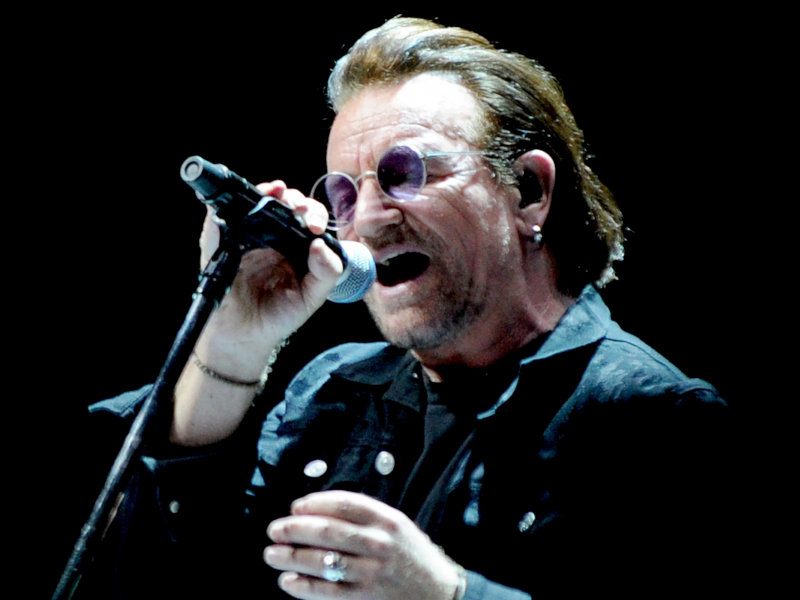 Bono is bringing his Stories Of Surrender musical book tour back to New York City next spring. As it stands now the U2 frontman, who is promoting his memoir, Surrender: 40 Songs, One Story, has rolled out a total of eight dates at Manhattan's Beacon Theatre.

Bono has been one of the leaders in the rock community to raise awareness of the devastating role poverty plays on shaping global matters: “It's hard to make this a popular cause. It's hard to make it 'pop,' y'know, and I guess that's what my job is, 'cause pop is often — sadly often — the oxygen of politics. Didn't John and Robert Kennedy come to Harvard? Isn't equality a son-of-a-bitch to follow through on? Isn't 'love thy neighbor' in the global village so inconvenient? God writes us these lines, but we have to sing them, and take them to the top of the charts. But it's not what the radio is playing, is it? I know.”