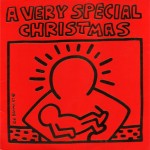 The song opened the December 28 show.

The New Year's Eve show, which closed the stand, is the longest known Springsteen show ever, clocking in at four hours and 38 minutes.