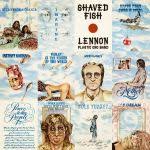 By Music News Dec 13, 2022 | 7:00 PM
Writers: John Lennon and Yoko Ono
Producer: Phil Spector
Recorded: October 28-29, 1971 in New York City
Released: November, 1971
In an interview about the song, John Lennon said, “I always wanted to write a Christmas record, something that would last forever.”
The roots of the “Happy Xmas (War Is Over)” sentiments were found in billboards that Lennon and Yoko Ono put up in 11 cities around the world in December 1969. The billboards read, “War is Over if You Want It. Happy Xmas from John and Yoko.”
A follow-up billboard declared “We Want It.”
“Happy Xmas” and its B-side, “Listen, The Snow Is Falling” were among the first recordings Lennon made after taking up residency in the U.S.
Lennon told producer Phil Spector he wanted to replicate the backing arrangement for “Try Some Buy Some,” a Ronnie Spector hit that was written by George Harrison.
“Happy Xmas” opens and closes with whispered holiday greetings to Lennon and Ono's children, Julian and Kyoko.
It was the first Lennon single not to feature the Apple Records logo on the label.
The song hit Number One on the pop chart in the U.S. in December 1971.
Its U.K. release was delayed for a year due to publishing problems connected with Ono's co-composing credit.
Upon its release in the U.K., it peaked at Number Two — the Number One slot was filled by Little Jimmy Osmond's “Long Haired Lover From Liverpool”.
After Lennon's murder in 1980, EMI received orders for more than 300,000 copies of the song.
His death also sent “Happy Xmas” back into the charts, peaking at Number Three in January 1981.