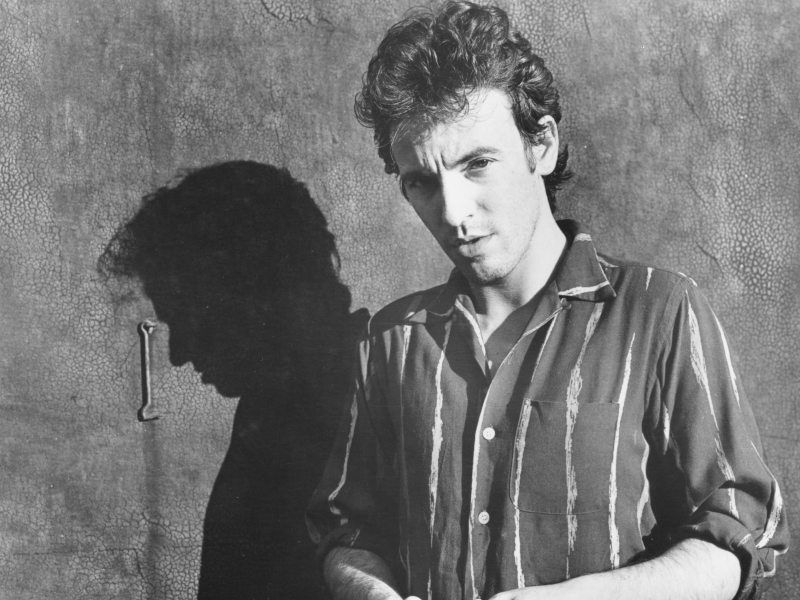 The first extensive book on Bruce Springsteen's classic 1982 Nebraska album will be published on May 2nd. Deliver Me From Nowhere was written by author Warren Zanes, best known for his 2015 Tom Petty tome, Petty: The Biography.

Nebraska, an album comprised of home demos, was the stark, solo acoustic middle ground between 1980's sprawling double-record set, The River, and the 1984 mega-platinum blockbuster, Born On The U.S.A. Nebraska has often been cited as one of rock's most important albums, which revealed Springsteen to be one of the key singer/songwriters of his generation.

According to the official announcement:

Warren Zanes spoke to many people involved with making Nebraska, including Bruce Springsteen. He also interviewed more than a dozen celebrated artists, from Rosanne Cash to Steven Van Zandt, about their reaction to the album.

He interweaves these conversations with inquiries into the myriad cultural touchpoints, including Terence Malick‘s Badlands, that influenced Springsteen as he was writing the album’s haunting songs. The result is a textured and revelatory account of not only a crucial moment in the career of an icon but also a recording that upended all expectations and predicted a home recording revolution.

Only months after finishing his and the E Street Band's 1980/'81 world tour behind The River, Bruce Springsteen wrote and recorded the 1982 Nebraska album, which touched upon the souls — like himself — whom life had either passed by or had cast out of society: “That was kinda rock bottom (laughs), y'know? It was, that was a record, I guess, where I came home from tour, I sat down and in about two months I wrote the whole thing, y'know? What happens when, y'know, all those things just break down? What happens when you're friends fail you — when you fail your friends, and you are alone? That's kinda where Born In The U.S.A. started to come from.” SOUND