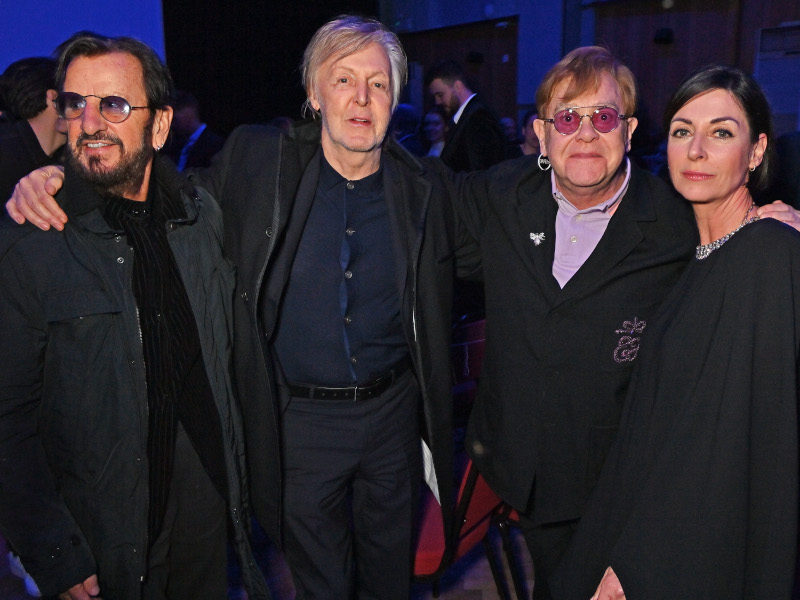 On Monday night (December 12th), there was an extended Beatles family reunion led by Paul McCartney and Ringo Starr at London's Abbey Road Studios for the premiere of If These Walls Could Sing, according to The Daily Mail. In celebration of the hallowed studio's 90th anniversary, McCartney's photographer daughter Mary McCartney directed the film set to premiere on Disney+ on December 16th.

Ringo explained that although he and McCartney remain close, these days, their musical team-ups are far more casual than fans — or concert promoters — would like them to be: ["Well, there won't be any half-reunion (of the Beatles). I mean, in 2010 he surprised me — I was playing Radio City Music Hall and he played 'Birthday' which I played with him, because I wanted the opportunity to play with him again. And he's on the last record — he's not on this one. So, we sort of, we do hang out a bit, y'know, what I mean, but we're not in each other's pockets. And if the opportunity's real, we play together — I've played on a couple of his records, he's played on mine. But, no, we never sit there saying, 'Oh, yeah, we'll put it together and I'll do 'Yesterday' (laughs)."] SOUNDCUE (:30 OC: . . . I'll do 'Yesterday' (laughs))