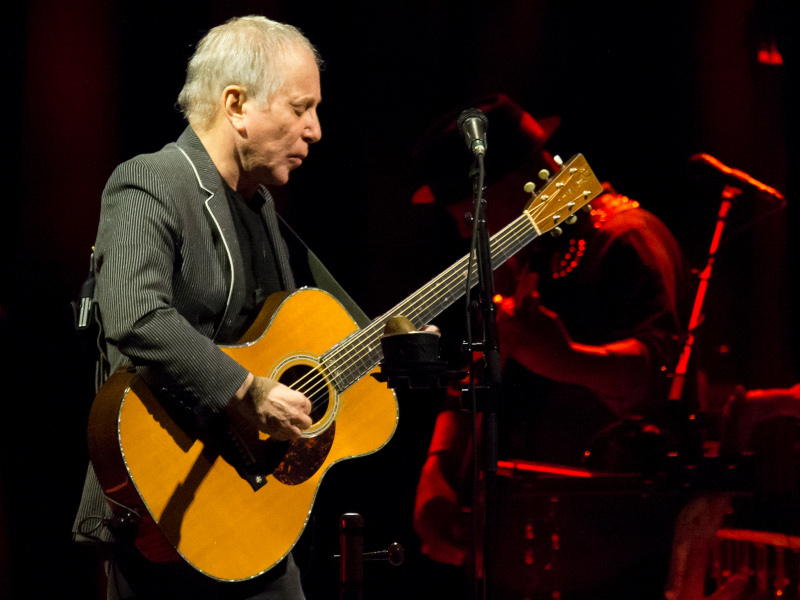 The event was taped back on April 6th at L.A.'s Hollywood Pantages Theatre. Elton John, Oprah Winfrey, and Sofia Carson are part of the “star-studded list of presenters and special guests.”

The event's producer Ken Ehrlich said in a statement:

I’ve known Paul for more than 40 years. I first met him when Paul and I did what I think was one of the first HBO music specials, in 1980. Doing it this year really solidified the last time we worked together, which was on the Global Citizen special in Central Park last September, where he closed the show with 'The Sound Of Silence.' I knew we were thinking about doing the next one of these, and it was then it was clear it really needs to be Paul Simon.

During a recent chat on Austin City Limits, Paul Simon spoke about the precarious state of the type of music created by singer-songwriters: “This kind of songwriting, which tells stories, has characters — that came out of, really the singer-songwriter phenomenon in the '60s into the '70s. And then, as music changed it became more about disco and beat and it turned into punk into boy bands. . . The re-configuration of pop music, 'singer-songwriter' became less relevant, actually. People stopped listening to it. The form of it, the sound of it — it just didn't sound like, of the moment, and so, it went away. But, I'm still writing out of that form.”