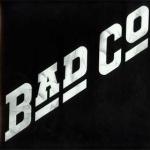 Bad Company formed in 1973 as a rock supergroup with Paul Rodgers and Simon Kirke coming from Free, Mick Ralphs from Mott The Hoople, and Raymond “Boz” Burrell from King Crimson.

The Zeppelin members did their part by popping up to jam onstage at Bad Company concerts at regular intervals.

Ralphs had originally written “Ready For Love” while in Mott The Hoople. It appeared on that group's All The Young Dudes album in 1972, with Ralphs singing lead. But he was always shy about his voice and didn't like his version of the song, so he asked the more accomplished Rodgers to recast it for Bad Company.

Though never a single, the song has become one of the group's most popular album tracks.

Bad Company hit Number One on the Billboard 200 chart while peaking at Number Three on the U.K. chart.