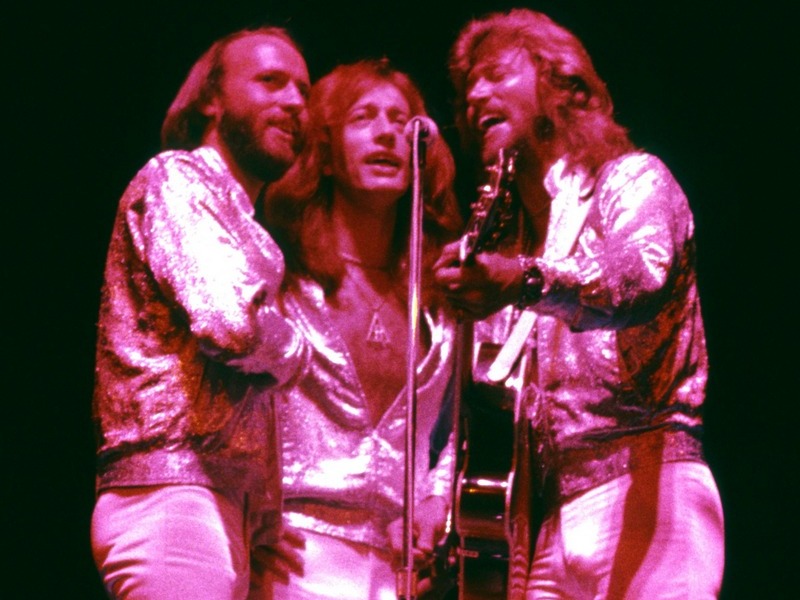 It was 45 years ago tonight (December 16th, 1977) that Saturday Night Fever opened nationally. The film, which turned actor John Travolta into a global superstar, told the story of Tony Manero, a 19-year-old from Brooklyn going nowhere fast, whose only bright spot is as the weekend king of the disco floor. Saturday Night Fever — which was so successful at the time that it was eventually released in both “R” and “PG” versions — showcases Manero's troubled and often comical personal life, highlighted by his Friday and Saturday nights dancing at Bay Ridge's 2001 Odyssey disco, which define his and his friends' otherwise empty lives.

The soundtrack album, featuring music by the Bee Gees, Yvonne Elliman, KC & The Sunshine Band, Tavares, MFSB, and the Trammps, went on to become the biggest-selling soundtrack of all time, selling over 15 million copies to date. The album scored four Number One hits: “How Deep Is Your Love,” “Stayin' Alive,” and “Night Fever,” by the Bee Gees, and Yvonne Elliman's “If I Can't Have You.” All four hits were actually written by the Bee Gees — Barry, Maurice, and Robin Gibb.

The box set also includes a 23-page book with newly-written essays by Barry Gibb, Saturday Night Fever music supervisor and soundtrack producer Bill Oakes, director John Badham, and the film’s score composer and musician David Shire, “as well as Bee Gees photos and stills from the film, plus an exclusive turntable slipmat, a set of five art prints, and a reproduction of the original Saturday Night Fever movie poster. “

Recently published is Staying Alive: The Disco Inferno Of The Bee Gees. The book, published in time for the film and soundtrack's 40th anniversary, is by author Simon Spence, who is best known stateside for collaborating with Rolling Stones manager Andrew Loog Oldham on his two memoirs, Stoned and 2Stoned. According to the press release for the tome: “Staying Alive finally lifts that millstone from around their necks by joyfully reappraising and celebrating their iconic disco era. Taking the reader deep into the excesses of the most hedonistic of music scenes, it tells of how three brothers from Manchester transformed themselves into the funkiest white group ever and made the world dance. No longer a guilty pleasure but a national treasure.”

Just before his untimely death in 2003, Maurice Gibb said that the success of the soundtrack album was beyond the group's wildest dreams: “Fever was a blessing. I mean, I've spoken to other groups and people in that business that would die to have a Fever in their career, and I look at it as something now as more than just a record now. It was a movement — it was a whole big thing. Y'know, the records are bigger than we are, y'know, than the music is, but that was such a fun time.”

The Bee Gees were inducted into the Rock and Roll Hall of Fame in 1997, three years after they entered the Songwriters Hall of Fame. Shortly before his death in 2012, Robin spoke to us about the group's cultural impact on music: “The fact is that it had an impact on the culture. And there are people who have hit records and people who have impact on the culture. Fever did, there is no doubt about it. People use the words “Stayin Alive” and the expression with everything. And it is, no doubt, indisputably part of the music culture.

Bee Gees drummer Dennis Bryon, who played an integral part in all in all the group's tours and sessions, was on his way to help Barry, Robin, and Maurice Gibb mix and overdub the Los Angeles Forum concert tapes that became 1977's Here At Last! . . . The Bee Gees Live, when Barry explained that their manager and RSO label head Robert Stigwood needed new music for a new indie film he was producing — which ended up being Saturday Night Fever: “Barry called me up before I left home to drive to France and he said that ‘Robert’s making this film. It’s about this guy in New York that loves to dance, so when we finish mixing the live album, we’re gonna cut some songs, so bring your drums.' And once the live album was mixed, then we started recording these new songs for this low budget film that wasn’t supposed to do anything.”

We asked Barry Gibb if the Bee Gees felt hurt or betrayed by the “Disco Sucks” movement: “No, there was no question that it was a little tough for us after (Saturday Night) Fever, but I don't remember anyone complaining at the time (laughs), so, so, y'know, it's all fine for us and we're long over all that stuff and, y'know, for us it's just pop music. It's pop music and you can put any tag you want to on it.”

In 2007, a deluxe DVD of Saturday Night Fever was released in honor of the film's 30th anniversary.

Interestingly, the Bee Gees originally recorded their own version of “If I Can't Have You” during the Saturday Night Fever sessions, which they offered to ABBA for them to record. ABBA politely declined, stating that they only recorded their own original material. The Bee Gees' version eventually ended up on their 1979 hits compilation Bee Gees Greatest.

The Bee Gees went on to contribute five songs to the soundtrack for the Fever sequel — 1983's Stayin' Alive. The Sylvester Stallone-directed film was critically panned, but a box office hit, with the soundtrack album selling over one million copies to date.