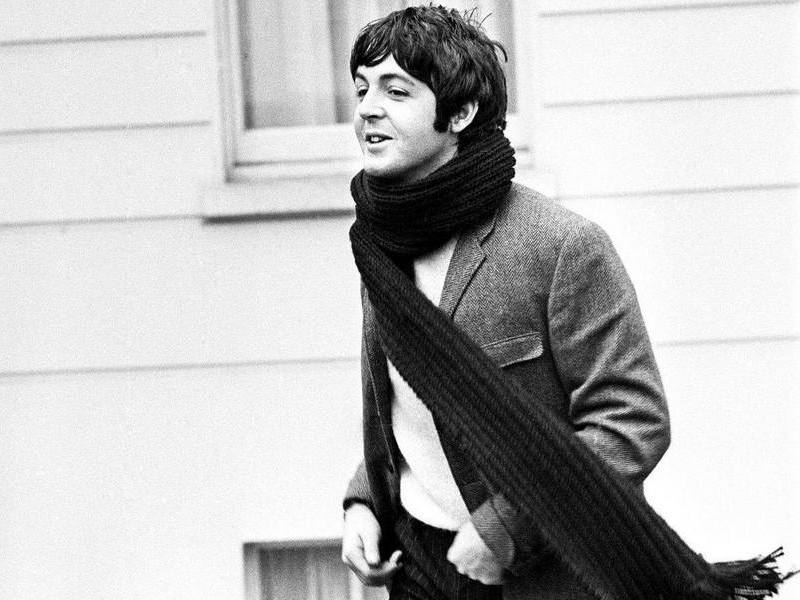 It was 57 years ago today (December 16th, 1965), that Peter & Gordon recorded Paul McCartney's song “Woman.” Peter Asher and Gordon Waller had been the recipients of several songs written by John Lennon and Paul McCartney over the previous years, including the 1964 Number One hit, “World Without Love.” McCartney was not only dating Peter's sister, actress Jane Asher, at the time, but was actually living in the attic room of the Asher family home.

For McCartney's fourth and final single for the duo, he decided to turn the song into an experiment, and published the song under the pseudonym “Bernard Webb,” with neither his nor Lennon's name appearing on the record label. Despite his efforts, word trickled out pretty quickly that McCartney had in fact written the song. What fans didn't know, was that McCartney also drummed on the track, as well.

Beatlefan magazine executive editor Al Sussman recalls why McCartney kept his name off the release: “Because he wanted to see if he could actually have a hit, but not under his name. For one thing at that point, Peter & Gordon were an established act. They had had a number of hits, plus the fact that, again, word trickled out pretty quickly that Paul had written the song.

Peter & Gordon's “Woman” went on to peak at Number 14 the following spring and was the last McCartney songwriting effort for the duo. Later that year they scored their final U.S. Top Ten with “Lady Godiva.”

Despite a McCartney home demo of “Woman” supposedly still existing, it has yet to surface on any underground recordings. McCartney returned to the song in January 1969 during the filming of the Beatles' Let It Be movie. Bootleg recordings of McCartney's solo piano performance of the track have been on the collectors' circuit for years and in 2021 the tune popped up in Peter Jackson's The Beatles: Get Back documentary.

In later years Paul McCartney was asked if there were any songs of his that he believed should’ve gotten more acclaim than they did: “Yeah, plenty. Plenty. There was one I used to like, called 'Woman,' by Peter & Gordon, that I used to like that one, but that didn’t do it. There are a couple of others — but that’s the main one.”

Although they share the same title, McCartney's “Woman” is an entirely different song to John Lennon's 1980 hit of the same name. It's the only such occurrence in either artist's catalog in which they have both written a song sharing the same title.

Gordon Waller died on July 17th, 2009 at his home in Connecticut from cardiac arrest at the age of 64.