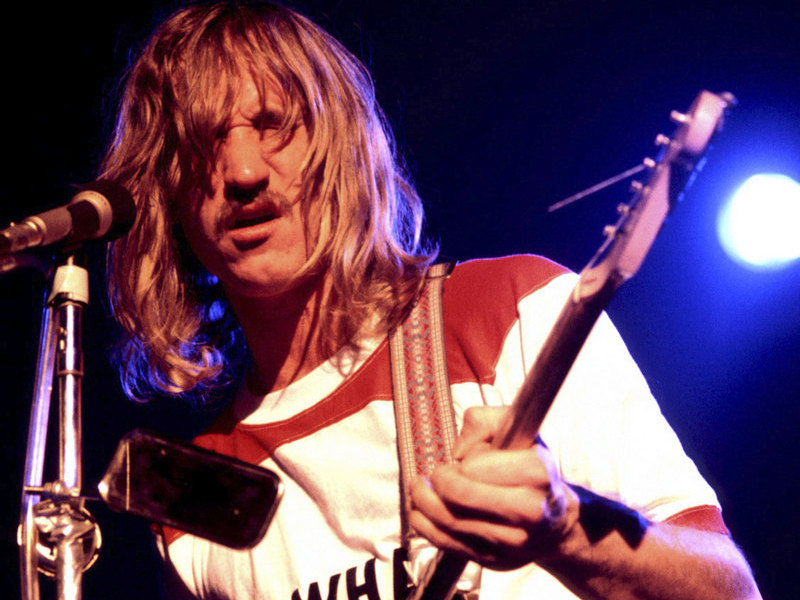 It was 47 years ago today (December 20th, 1975) that the Eagles announced the departure of co-founder and guitarist Bernie Leadon, and that former James Gang frontman Joe Walsh was officially replacing him. During Leadon's time with the Eagles he co-wrote a total of 11 songs, including the band's first Top Ten hit, 1972's "Witchy Woman." He played a pivotal role in developing the band's country-rock sound, but had tired of the group's non-stop grind of studio work followed by endless months of touring — not to mention bandmates Don Henley and Glenn Frey's growing songwriting monopoly on the Eagles' albums.

Prior to joining the band, Leadon was the lead guitarist for the Flying Burrito Brothers alongside former Byrds Gram Parsons, Chris Hillman, and Michael Clarke.

Today, Bernie Leadon has nothing but good feelings about his days with the band: ["It's totally positive. Y'know, when I was in the band, it was a working band — we were making an album a year, and touring a lot, and building the franchise. That was really fun to do, so it was like, y'know, doing a startup business."] SOUNDCUE (:11 OC: . . . a startup business)

The same day that the Eagles announced Leadon's departure, the band issued a separate press release naming Walsh as the Eagles' newest guitarist. Walsh has never been anything other than honored and proud to be part of the Eagles: ["It's an honor and a privilege to be in a band with these guys. It always has been, speaking for me. I haven't really understood it all the time — a lot of things I haven't understood, but (laughter) at this point, it's a great community. We've been through every trip that a band could go through, and we still have fun when we get together."] SOUNDCUE (:20 OC: . . . we get together)

Joe Walsh says he's not exactly sure where the band fits in with today's pop music scene, but adds that in recent years the band has become used to seeing people of different generations sitting side-by-side at their shows: ["I don't how quite how we fit in or how I fit in, y'know? But we, we're kind of full circle and what's left for us is to work at our craft. Much to our amazement, there's a whole audience — a whole new audience that knows us and is coming to hear us. We're very, very gifted and very grateful."] SOUNDCUE (:21 OC: . . . and very grateful)

Walsh's humor and incredible chops beefed up the band's sound tremendously, especially, when he and guitarist Don Felder performed intricate dueling guitar parts, on such classics as "Hotel California," and "Life In The Fast Lane," which Walsh co-wrote with Henley and Frey.

On the Eagles' 2013-2015 History Of The Eagles tour, Bernie Leadon was back on board performing as the band's special guest throughout the show.