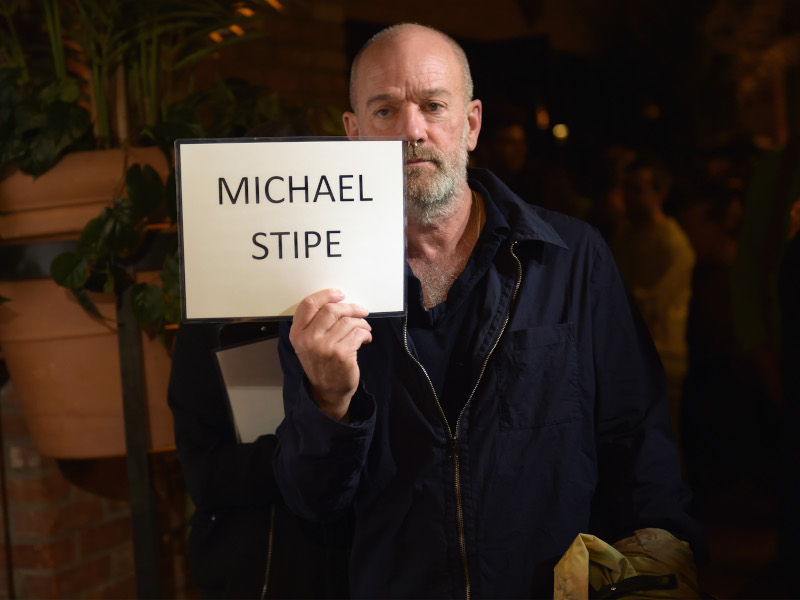 R.E.M. frontman Michael Stipe is currently recording his first solo album due out in 2023. Coming on the heels of his two solo singles, Stipe told Departures.com, "I’m collaborating with a bunch of different musicians, and each of those songs, if I get my way — which I think I will because I’m paying for it — will be very different. I have no management. I have no label. For the first time in my adult life, I don’t have a contract with anyone except myself. So I get to do whatever I want. . . There will be a visual representation for each of the songs. . .  I’m hoping to build slowly."

Stipe, who has keep a low profile since R.E.M.'s 2011 split, explained being slow to come back around to music: "When the band disbanded, I couldn’t imagine continuing with music, and it took five years before I could come back to the idea of it."

When asked if he felt vulnerable upon first making music outside the confines of R.E.M., he admitted: "Extremely vulnerable. But that’s my superpower. I fall on my face very well. And then sometimes it’s quite beautiful. Also, the idea of vulnerability, humanness, humanity. That’s something that people, including myself, usually respond to."

Michael Stipe told us he believes in the power to reach people on an emotional level: ["I go to music for certain things. I go to the Internet and newspapers and television for other things. I don't go to music to receive political ideas or messages or to be hectored or lectured. I go to music for something more emotional and more personal and something that's about me and that's the beauty of the medium."] SOUNDCUE (:21 OC: . . . beauty of the medium)