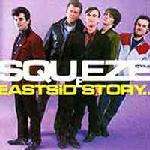 “Tempted” was Squeeze's biggest and most enduring hit during their 25-year career, peaking at Number 49 on the Billboard Hot 100 and at Number 41 on the U.K. chart.

Singer-guitarist Glenn Tilbrook recalls it as one of the hardest songs he wrote with the group. “'Tempted' took a week. I knew from ages ago it could work. It was that sort of thing where you know you've got something right, but the rest of it was not right. It just took a lot of work to get it to sound right, to get it to flow right.”

Tilbrook says that he's most proud that the song sounds simpler and more direct than it actually is. “It's quite a, not what I set out to do but quite complicated, musically complicated. But it's one of those things that doesn't sound complicated; it flows and it's very natural. By the time it was finished it sounded quite right. I've very proud of that song.”

In addition to bolstering Squeeze's career, “Tempted” also heightened the profile of Paul Carrack, the former Ace keyboardist who joined the band in 1980 and sang lead on one of the song's verses.

The success of “Tempted” helped Squeeze's East Side Story album–which was co-produced by friend and patron Elvis Costello–hit Number 48 on the Billboard 200 chart and Number 49 on the U.K. album chart.