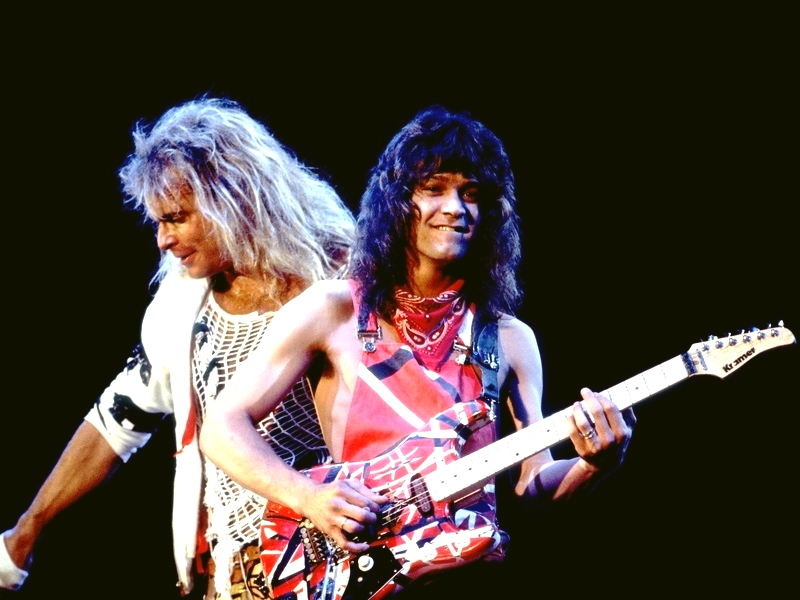 David Lee Roth took time out to salute his partner, the late, great Eddie Van Halen. During the most recent episode of his The Roth Show podcast, "Diamond Dave" spoke frankly and lovingly about the creative partnership that drove Van Halen for its first decade: ["My dear departed Ed. Boy, I miss him. I had a ball with Ed. Walt Disney once said, 'Y'know what? My love affair with Mickey Mouse was better than any love affair with a woman I ever had.' And, he was true blue — he was not a philanderer, or whatever. I've gotta tell ya, playing with Ed, writing songs with Ed, presenting those songs with Ed was better than any love affair I ever had. And some of those songs, I think, might last forever — or until 'the last syllable of time,' like Shakespeare said. They became anthems."] SOUNDCUE (:29 OC: . . . they became anthems)

Regarding Eddie Van Halen composing the synthesizer riff for "Jump" — Van Halen's sole chart-topper and signature song, David Lee Roth admitted he couldn't see how the lick could fit within Van Halen's musical makeup: ["Where are they playing 'Jump' right now? I remember when he played it on the keyboard downstairs. I said, 'No.' (Laughter) We reflect the time and the times at that times (sic) was guitars, guitars, guitars — and 'Jump' was one of those hybrids. It's like the first time Volkswagen shows up — 'Is it cool?' Today, nothing could possibly be more cool than that lowered '66 VW bug out in my garage right now."] SOUNDCUE (:25 OC: . . . garage right now)