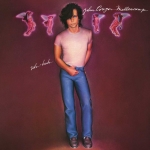 "Crumblin' Down" was the first single from Uh-Huh. It peaked at Number Nine on the Billboard Hot 100 chart, making it his sixth consecutive Top 20 single.

The song deals with the newfound fame Mellencamp encountered after his breakthrough with the American Fool album, as reflected in lines like, "Saw my picture in the paper/Read the news around my face/And now some people/Don't want to treat me the same."

Coming after his breakthrough with American Fool and the hits "Hurts So Good" and "Jack And Diane," Uh-Huh peaked at Number Nine on the Billboard 200, giving Mellencamp his second consecutive million-seller.

Rather than headline arenas, however, Mellencamp chose to play small theaters and started his shows with a selection of oldies before playing his own material.