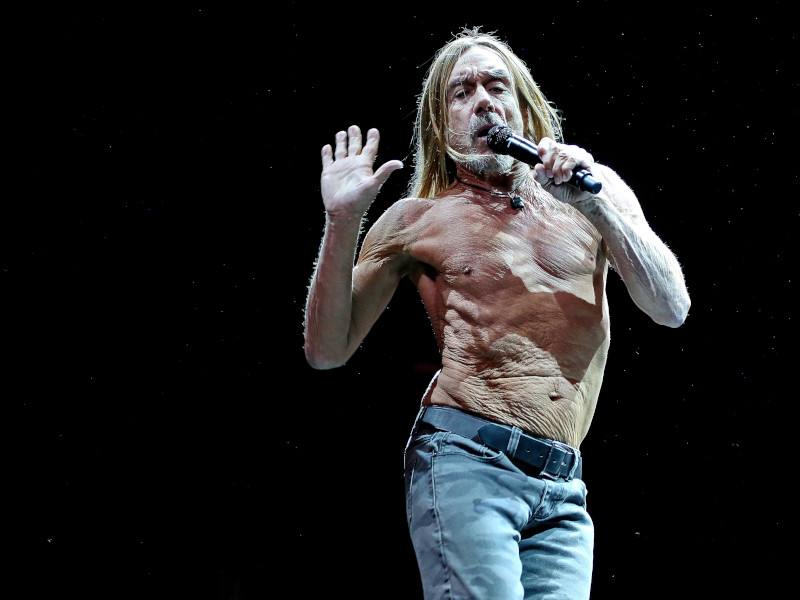 Iggy Pop Reveals He Was Asked To Join AC/DC

Iggy Pop revealed he was offered the frontman gig in AC/DC following the 1980 death of the band's lead singer, Bon Scott. Pop told The New York Times, “They had a manager many years ago, when I hadn't reformed the Stooges, I hadn't moved to England. And this guy said, 'Are you interested in joining AC/DC?' They were looking for a singer.”

Pop revealed that he felt that although he was into the band, he couldn't see him and the band gelling creatively: “I listened to their record. I thought, I can't fit that bill. I wasn't, like, 'Ugh, I don't like them.' It was quite well made. They do careful work, but I'm not what they needed.”

Iggy Pop recalled meeting Bon Scott once in 1977 at L.A.'s Whisky A Go Go: “I had some wonderful encounter with Bon somewhere, and we were both drunk and stoned. I see pictures sometimes. I go, I don't remember, but that's me with Bon. I loved what he did.”

Over the decades, Iggy Pop has garnered his fair share of good and bad press. Ultimately, he told us he's happy with any positive feedback he gets for his music, regardless of where it comes from: “It's always good when you hear from somebody that they like your stuff and they've got a little gleam in their eye, and frankly, it doesn't really matter too much whether it's the guy at the gas station or the guy in the (Red Hot) Chili Peppers.”