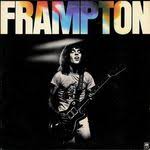 Peter Frampton originally wrote and performed “Shine On” with Humble Pie, the band he co-founded with former Small Faces leader Steve Marriott in 1968. The song appeared on the group's 1971 album Rock On, the same year Frampton left the band.

The rocker is one of the few Humble Pie songs Frampton continued to perform after starting his solo career, and he kept it in his live show as it became an audience favorite.

Frampton's only recorded solo version of it is on the Frampton Comes Alive! album, which was released in 1976.

Frampton Comes Alive! is one of rock's landmark albums, selling more than eight million copies its first year, spending 10 weeks at Number One on the Billboard 200, and earning Frampton a Grammy nomination (he lost to Fleetwood Mac's Rumours).