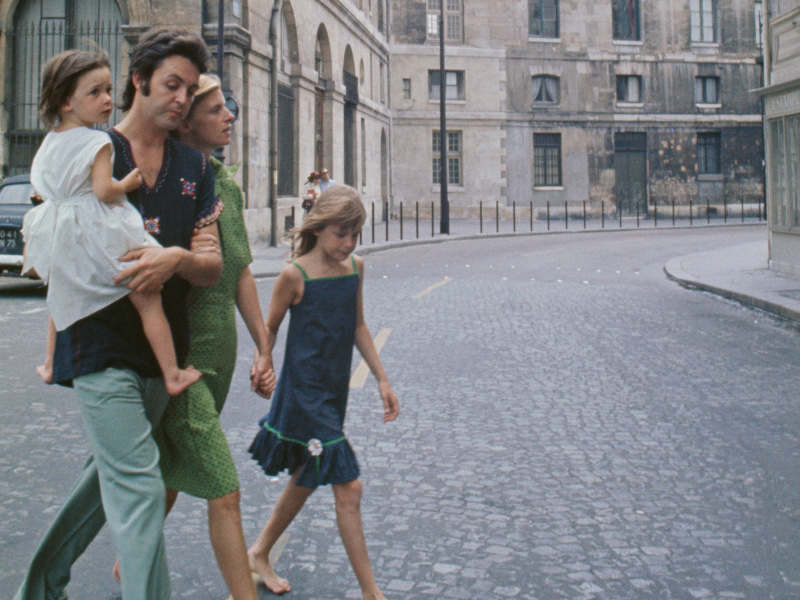 Paul and Linda McCartney's daughter Mary McCartney is receiving great notices for her new documentary, If These Walls Could Sing. The film, which chronicles the 90th anniversary of London's legendary Abbey Road Studios, is now streaming on Disney+.

During a chat with The Guardian, Mary, now a mother of four boys, was asked to describe her life growing up the child of such famous parents: “Adventurous is how I’d describe my childhood. Our parents toured the world, and we went, too. It was full of contrasts. In remote, quiet corners, we’d have nature-filled family time. Then we’d watch them fill stadiums, have our car chased and be stared at all the time. None of us kids found them particularly interesting.”

Mary, who followed in her late-mom Linda's footsteps as a working photographer admitted, “Finding my own path was overwhelming at times. Working out how to make my own mark felt confusing. I loved taking pictures, but assumed everyone could. Then one day a friend showed me her awful holiday snaps and I realized maybe I did have something. I think a lot about how my surname shaped my career. Yes, the name opened doors at the start, but that’s not sustainable. I wouldn’t have got gigs for so long, I don’t think, if people didn’t like what I delivered.”

Mary went on to say, “My siblings are still my best friends. Stella and I in particular have a real closeness. We’re two years apart, and shared a bedroom growing up. On the road we only had each other for entertainment. We check in with each other every morning.”

The world at large got one of its first glimpses of baby Mary on the back cover of her dad's 1970 McCartney album, where she was tucked into his leather bomber jacket: “What's so beautiful about it, as well as the light, I did ask Dad, I was like, 'Why am I zipped up in your coat?' And he was. . . apparently it was 'cause they were going for a horse ride and they just took me along in his jacket.”