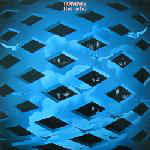 ‘Pinball Wizard’ – The Who

“Pinball Wizard” was the first single from the rock opera Tommy. It hit Number 19 on the pop chart.

Tommy, still the Who's best-known work, was singer-guitarist Pete Townshend's attempt at fusing rock-and-roll with more serious, established musical culture. Some critics scoffed, but most were enthusiastic.

The late Albert Goldman, later vilified for writing controversial biographies about Elvis Presley and John Lennon, wrote in Life magazine in 1969: “Considered as music, Tommy is magnificent, the final crystallization of the hard-rock style in an art as dry, hard, lucid, as unashamedly conventional and finely impersonal as the music of the most severe classicist.”

Goldman's summary of “Pinball Wizard” and its context in the rock opera: “Preserving only his sense of touch (the chief inlet of soul in this age?), Tommy triumphs by becoming a pinball wizard, the idol of a youth cult. When miraculously cured, he subjects his disciples to the same entombment he endured, luring them to a camp where they are ordered to practice pinball wearing dark glasses and earplugs. They rebel.”

Townshend said, “We made Tommy deaf, dumb and blind so we could give him in the opera everything he hadn't. He starts off being nothing and ends up being something — divine. People could also be divine if they would listen to him. But they don't.”

Elton John performed the song in the 1975 movie and on the soundtrack. His version is also included on his albums Caribou, Greatest Hits Vol. 2, and Very Best Of.

Rod Stewart performed the song with the London Symphony Orchestra and Chamber Choir in 1973. Stewart has also included versions on My Favourite Songs, Sing it Again, Rod, and Storyteller.

The album's storyline is famously convoluted, but “Pinball Wizard” is easy to follow. It's about a deaf, dumb and blind boy who magically becomes a pinball star and impresses local kids in London.

The opening strumming chords are a recurring musical theme on the album.

At the time, the BBC misinterpreted the song as a mocking of handicapped people. DJ Tony Blackburn and others labeled it “sick” and banned it briefly.

When the “sick” charge began affecting record sales, Townshend responded. “The kid is having terrible things done to him, because that's life as it is,” he said. “In fact, what I was out to show is that someone who has suffered terribly at the hands of society has the ability to turn all these experiences into a tremendous musical awareness. Sickness is in the mind of the listener, and I don't give a damn what people think.”

The song started a pinball revival and, arguably, helped save pinball machines from extinction.

“Pinball Wizard” was one of the Who's key songs at Woodstock, at which their instrument-smashing set stole the show from everybody save the guitar-burning Jimi Hendrix.