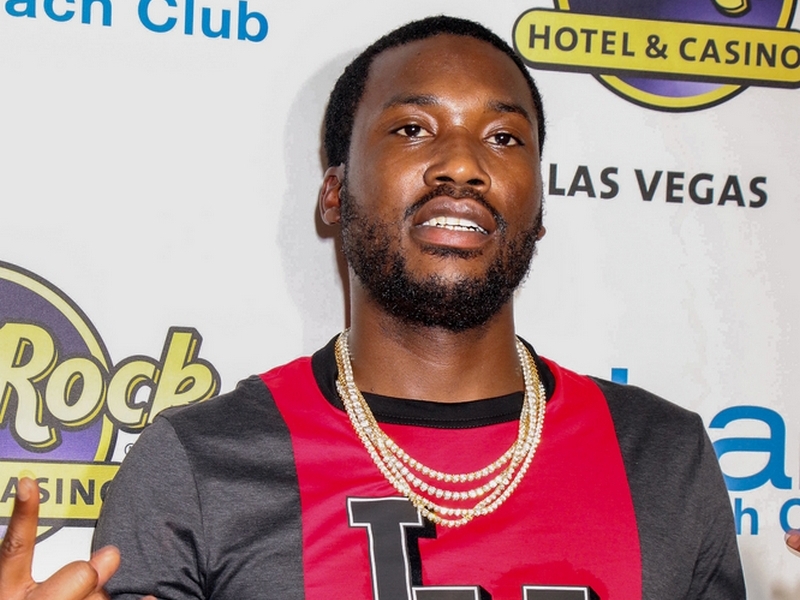 Meek Mill took to social media to apologize for almost getting into a fight during Gervonta Davis and Hector Luis Garcia's WBA World Lightweight Championship fight on Saturday night (January 7th). According to BScott, while Gervonta and Hector were fighting in the eighth round, Meek and his entourage were engaged in a verbal altercation with boxer Garry Russell Jr. and his team. Wallo of the Million Dollars Worth of Game podcast, was seen trying to settle things down between the two crews.

No word on what exactly casued the argument but both groups were later escorted out of the Capital One Arena just outside of Washington, D.C.

Meek addressed the incident on Twitter, writing, “Congratulations tankkk!!! I almost fought a boxer telling him this fight not going 12 rounds I missed the big bomb!!!!”

He continued, “I would never let no petty s**t escalate to let somebody movie run …. I just walked away .. I came to support tank and boots!!!!!! Good wins. I was nice to everybody at that fight if you was there you saw! The blogs gone put up the aggressive part after I respond to something aggressive … everybody in that section seen my level of respect towards others… i just gotta step my response game up!”

He added, “I have no business going back and forth that hard with a random person and we just talking about sports…so my apologies for wasting time for nothing. I had a few shots I know how to dodge those! Congrats Tank and boots!!!”