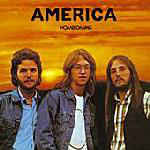 Producers: America
Recorded: Spring and early summer 1972 at the Record Plant in Los
Angeles, California
Released: November 1972
One of America's most enduring songs, “Ventura Highway” was the lead single from America's second album and hit Number Eight on the Billboard Hot 100.
The song also hit Number Three on the adult contemporary chart and Number 43 on the U.K. chart.
Dewey Bunnell says the song was inspired by his desire to live somewhere other than his native Nebraska: “It was about leaving. It reminds me of the time I lived in Omaha as a kid and how we'd walk through cornfields and chew on pieces of grass. There were cold winters, and I had images of going to California. So I think in the song I'm talking to myself, frankly: ‘How long you gonna stay here, Joe?’ I really believe that ‘Ventura Highway’ has the most lasting power of all my songs.”
Bunnell says that, in addition to the lyrics, he's also proud of the instrumental track of the song, particularly the guitar arrangement: “That's Gerry (Beckley) and Dan (Peek) doing a harmony on two guitars (on the intro). I remember us sitting in a hotel room, and I was playing those chords, and Gerry got that guitar line, and he and Dan worked out that harmony part. That's really the hook of the song… the song and the track have a certain fresh, vibrant, optimistic quality that I can still respond to.”
One of the biggest fans of “Ventura Highway” is former pro wrestler and Minnesota Governor Jesse Ventura, who invited America to play it at his inauguration in 1999. “He asked us to,” Bunnell says. “His wife is a horse lady, and she'd always loved ‘A Horse With No Name,’ and he had adopted this name, Ventura. So when he put together his cast of characters for his big inaugural celebration, he wanted us to come and play two songs, which we did.”
The Homecoming album, which was produced by the members of America (Bunnell, Beckley, and Peek), reached Number Nine on the Billboard 200 chart. It was certified gold shortly after its release.
It was Number 21 on the U.K. album chart.
America won the best new artist trophy at the 1973 Grammy Awards.