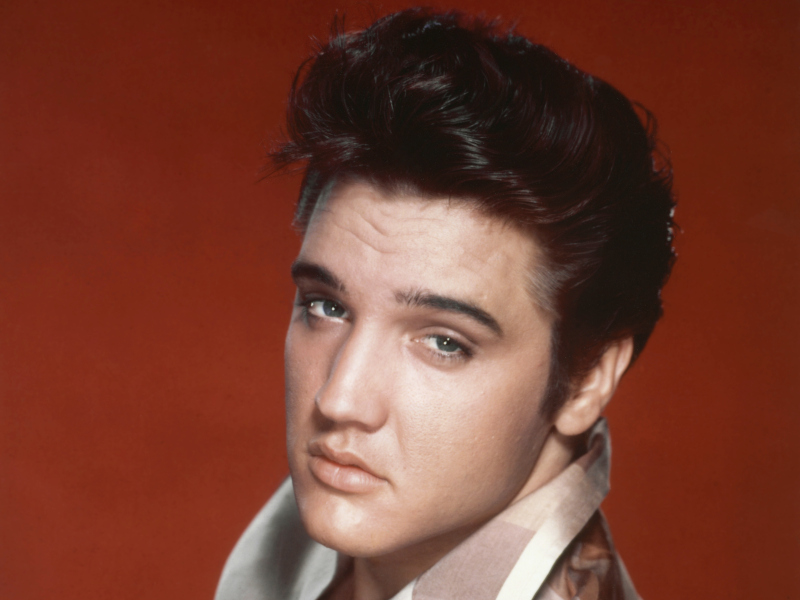 It was 66 years ago today (January 12th, 1957) that Elvis Presley recorded “All Shook Up,” which went on to become his sixth Number One hit, topping the charts for nine weeks. Elvis recorded the song at Radio Recorders in Hollywood, during a three-day session, which included both gospel recordings and songs eventually featured in his second motion picture, Loving You.

Elvis and his band, which included guitarist Scotty Moore, bassist Bill Black, drummer DJ Fontana, and backing vocalists the Jordanaires, took ten takes to perfect the song. The unique tapping heard on the track is Presley's hand slapping the back of his Martin acoustic guitar, with his ring finger accentuating the beat.

“All Shook Up” went on to be ranked the Number One single of 1957. The tune was featured in “The King's” setlists extensively throughout the '70s — one of the few of Elvis' '50s hits to make the transition into his Las Vegas-era shows.

Just prior to his 2018 death, DJ Fontana, the last member to join Elvis' original band — recalled meeting Elvis and the group: “They had worked all through Mississippi and Alabama, they were just gettin' started. And then they come to Shreveport, Louisiana, this hayride down there, y'know? It was a thing, like the Grand Ole Opry is today. They come in and say, 'Hey, we need a drummer' they said, 'You play?” I said, 'Well, yeah, I guess so. That's why I'm here. That's what they hired me for.' I just learned a lesson, they had such a unique sound — that Sun (Records) thing, y'know? I thought, I'll just stay out of their way, give 'em a little rhythm back with brush and stick and be quiet; so I guess they appreciated that.”