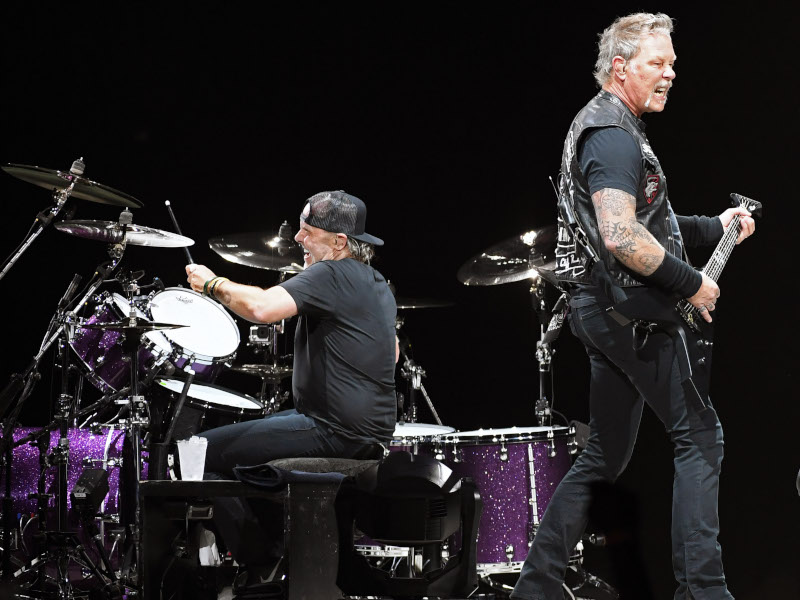 The band honored the couple by performing only elections from the band's first two albums released on Megaforce — 1983's Kill 'Em All and 1984's Ride The Lightning. As a further nod to the band's early champions, Raven — also originally signed to Megaforce back in the day — opened the show.

Blabbermouth reported at the time, “Jonny Z died in February at the age of 69. Jonny died of complications of the rare neuropathic disorder chronic inflammatory demyelinating polyneuropathy (CIDP), chronic obstructive pulmonary disease (COPD) and osteopenia. Marsha passed away of cancer in January of last year. A portion of the proceeds from this show are being donated in Jonny and Marsha's name to MusiCares, with Metallica's charity All Within My Hands once again supporting Feeding South Florida with a donation following the show.”

The modern era of Metallica has marked a far happier time for its bandmembers both on and off the stage. Lars Ulrich recently told us that the group tries to have a good time these days whether its recording or touring: “It's just about, like, having fun and wanting to do it, and as long as everybody gets along, and as long as we come up with s*** that keeps challenging ourselves and is fun to play and it's, like, a good vibe, y'know. . . and then going out and playing, like, 15 nutty shows in Europe in front of, like, a gazillion people, and playing, like, y'know, 'Orion' in its entirety or, you know, 'Disposable Heroes,' it's all fun.”

“Creeping Death”
“Ride The Lightning”
“Motorbreath”
“No Remorse”
“Trapped Under Ice”
“The Call Of Ktulu”
“Phantom Lord”
“Am I Evil?”
“Metal Militia”
“For Whom The Bell Tolls”
“Whiplash”
“Fade To Black”
“Seek & Destroy”