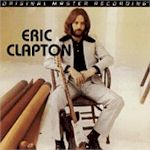 “After Midnight” gained its greatest notoriety after a controversial remake of the song in 1987. Eric Clapton performed it for a Michelob commercial, which, despite its striking images of Clapton jamming at a late-night blues club, seemed somewhat cavalier considering he is a recovering alcoholic and was in rehab when the commercial first aired.

Michelob offered customers a six-minute version of the song on promotional cassettes.

Songwriter J.J. Cale, a Tulsa, Oklahoma-based country-blues artist, also wrote the Lynyrd Skynyrd hit “Call Me the Breeze” and another one of Clapton' s best-known hits, “Cocaine.” Known as a primary exporter of the “Tulsa sound” — a blend of rock & roll, country, blues and jazz with its own rustic flavor — Cale has refined a unique homegrown approach to music-making that has earned him a reputation as a stylistic innovator.

Clapton also admired Cale's modesty and low profile, which he craved following his '60s superstardom and the “Clapton is God” mythology.

Nervous about singing lead on his first solo album, Clapton took shots of peppermint schnapps before cutting his vocal tracks.