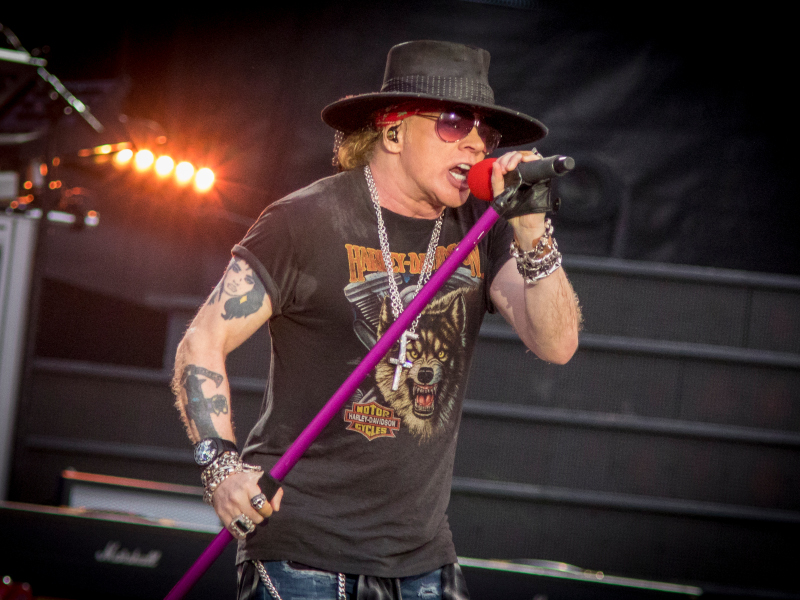 Guns N' Roses frontman Axl Rose paid tribute to the late-Lisa Marie Presley, sharing his memories of his friend to People.com. In the exclusive interview, Rose said, “I will miss my friend Lisa. Her passing, just as her son's, or as a kid, her father's, doesn't seem real. Lisa loved her family, all her children. My heart goes out to them.”

Rose, who stayed in close touch with Lisa Marie after the 2020 suicide of her 27-year-old son Benjamin Keough, added, “Her son's passing was shocking, tragic and devastating. It was something that, at a point, you obviously didn't want to bring up but awkwardly would in an effort to let her know you cared and were thinking about her, about them, and to be of any comfort one could, which she appreciated. (I tried) to let her know of the constant thinking about her, them, and wanting the best for her.”

Axl explained, “I wanted her to be happy, to feel good about things, at least as much as one could under the circumstances. And really, with the closeness of their relationship, one could hope — but truthfully, it didn't seem, at least without some real time passing, a reasonable reality. What comes after life who knows but I'd like to think they're together, her and Ben with her father and Ben's grandfather in some way, and Lisa, and the most important men in her life are happy together.”

Rose revealed that he was able to talk in-depth about Elvis Presley with Lisa Marie: “I was fortunate enough to hear about her father and her experiences and memories with him first hand. She came to shows and we hung out backstage. It was always great to see her and she was always fun n' super supportive.”

He went on to say that she took great pride in the way her father's story was told in Bad Luhrman's award-winning Elvis biopic, recalling, “Over the last few months we spoke a lot about the Elvis movie which she was very proud of, and especially that it touched on her father's love since early childhood of black gospel, and later, the blues. She was very nervous at first of how the public would react to the film because it was so important to her to do right by her father.”