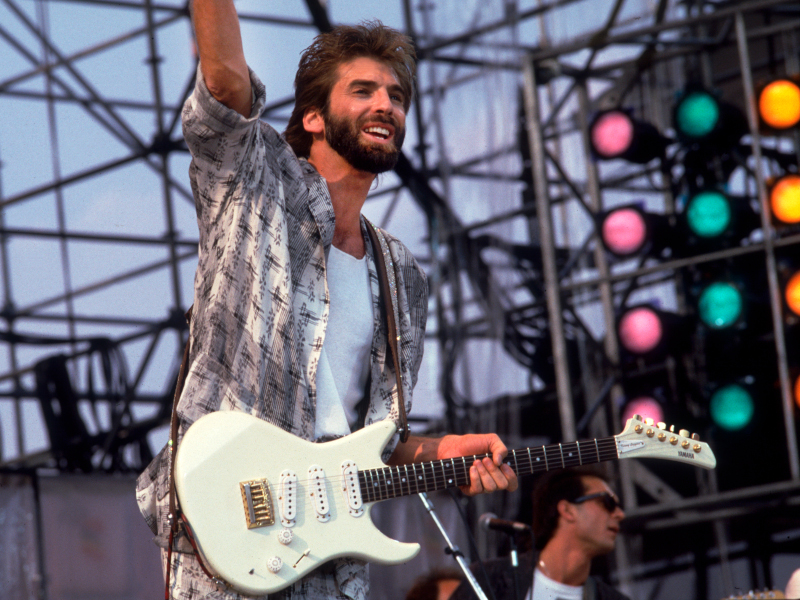 Kenny Loggins has announced his final road trek, dubbed the “This Is It” tour. As it stands now, the initial 11-city run kicks off on March 10th at Sarasota, Florida's Van Wezel Performing Arts Hall and wraps on October 27th in Inglewood, California at the YouTube Theater. More dates will be announced for 2023.

Loggins said in the tour's announcement:

It’s been an amazing journey since starting with Jimmy Messina in 1971, and I’m fortunate to have had such a long touring career. I don’t see this as the end of my professional career, but certainly a halt to the grind of major touring. After spending a lifetime on the road, I want to have more time at home.

I’ll be playing songs that I feel sum up the emotional story of my music. This will include 90 percent of the hits and 10 or so percent of the deeper cuts.

Kenny Loggins says that despite all the jets and first class flights he's taken on the road over the years, to him nothing compares to traveling with his band on the tour bus: “Y'know what I love about the tour bus? We don't have to deal with airports. If you've got a nine o'clock departure it's okay if you leave at nine-thirty. You can get on the bus, you're still gonna do all right. And you hang with the guys, and catch up on movies, and just catch up on each other's lives, and maybe even work on a tune or two on the back of the bus.”

Loggins admitted to us that over 40 years after the movie premiered, his classic tune “I'm Alright” is forever tied to Caddyshack: “I first saw Caddyshack as a rough cut, they didn't have an ending at the time. I loved it and immediately got it. And I wrote a couple of tunes for that soundtrack album, and 'I'm Alright' being the best known one. Everywhere I go, somebody's gonna go 'Cannonball it, man.'”