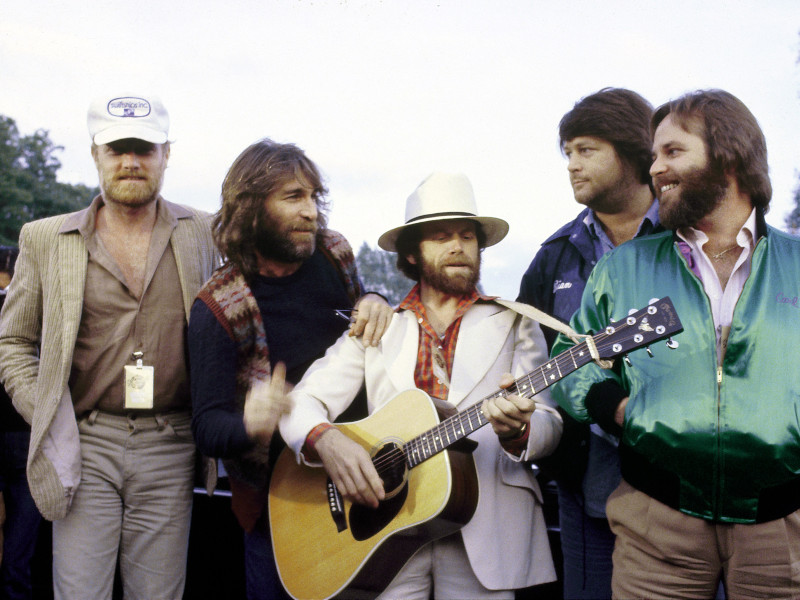 "America's Band" — the Beach Boys — will be honored on February 8th with the taping of CBS' A Grammy Salute To The Beach Boys. Tickets are available for the event, which will happening in Los Angeles at the Dolby Theatre.

Although details remain scarce, during a chat with Consequence Sound last month, Weezer leader Rivers Cuomo spoke about the band's involvement in the upcoming TV event: "We’re in the midst of figuring out which Beach Boys songs we want to cover, and oh my God, it’s incredibly fun. It feels so good to play and sing these songs. And I’m reminded of how much I used them as a model when I was first starting out writing songs for Weezer."

We asked Beach Boys frontman Mike Love if he attributes the group's legendary harmonies to him and his cousins — Brian, Dennis, and Carl Wilson — all sharing a bloodline: ["Well, that, that is responsible for the vocal blend, except Alan Jardine is a great singer. He's able to blend and sing with the best of them. And that was always the search for that fourth part; 'cause Brian was obsessed with four-part harmony, y'know, vis-a-vis the Four Freshman. But the Beach Boys have been distinguished by their incredible harmonies and that's due in large part to Brian's obsession or penchant for structuring, y'know, great chord progressions and great harmonies and he's a master at that."] SOUNDCUE (:32 OC: . . . master at that)

The band's primary songwriter and producer Brian Wilson is a man who has literally logged thousands of hours in the recording studio. When asked to name his favorite Beach Boys track — he didn't hesitate: ["Ah, 'California Girls.' That's my favorite, 'cause of Mike (Love's) singing. My biggest memories are working with the voices. Giving the guys chords to sing and parts to sing. That's my favorite."] SOUNDCUE (:10 OC: . . . That's my favorite)

The Beach Boys' Al Jardine told us that the most enduring and beloved tracks on Pet Sounds — such as "Wouldn't It Be Nice," "Sloop John B," and "God Only Knows" — have always held a special place in his heart: ["It's some of the most touching music that Brian has ever produced. And how can you not feel the depth and breath of it, y'know and feel it, in your heart? It just touches me deeply."] SOUNDCUE (:11 OC: . . . touches me deeply)

No airdate has been announced for CBS' A Grammy Salute To The Beach Boys. For ticket info, logo on to: https://tinyurl.com/59w4htnv