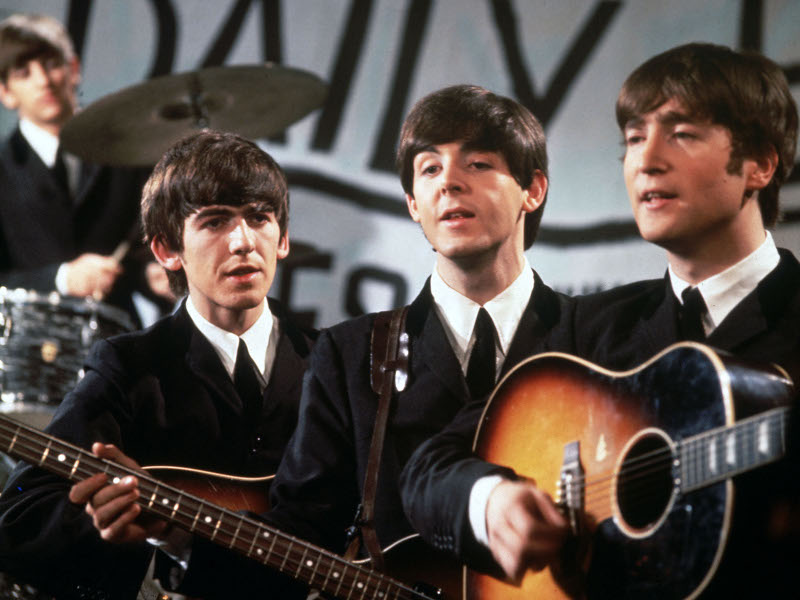 A previously unseen photo of John Lennon and Paul McCartney has just surfaced. The Daily Beatle published the shot of the two Beatles posing on March 3rd, 1963 during the band's first British tour outside of Hanley's Gaumont Theatre, with the tour's headliner, Helen Shapiro. The photo was snapped taken "by a young female fan from Stoke-on-Trent."

According to the report: "This was the final night of the Helen Shapiro package tour. By this time the Beatles had been elevated in the line-up from playing the first spot on the bill to the final act in the first half."

Paul McCartney admits, that for him, the ascent to fame was actually the most fun time to be a Beatle: ["The earliest days of the Beatles were very exciting. On the one hand, you're just in the little town you'd grown up in — with your friends and your relatives that you know. And you're doing work in that town, like we were — we were playing lunchtime sessions at the Cavern. And then suddenly for us it was like, you're starting to play theaters and ballrooms and they're abroad, and you're branching out a lot, you're doing a lot of traveling. I mean, those were very tiring days — crazy days, really, but there was a lot of fun in those days."] SOUNDCUE (:31 OC: . . . in those days)