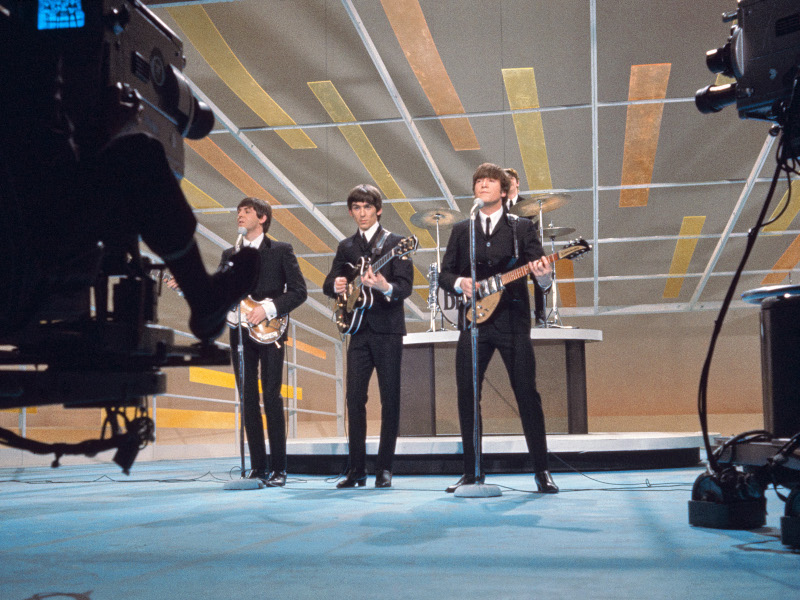 It was 59 years ago today — January 20th, 1964 — that arguably the most important rock album of all time was released, the Beatles' Meet The Beatles.

Although, it wasn't the first Beatles record released in America; Vee-Jay's Introducing The Beatles beat the band's Capitol Records debut by just short of six months, it was Meet The Beatles, with its hit chart-topper "I Want To Hold Your Hand" that kick started the post-Kennedy '60s, the British Invasion, and completely revolutionized how music was written, played, sung, and produced — not to mention help change the fashion world all but overnight. In short, Meet The Beatles ushered in the modern era.

The album, which had an advanced order of 240,000 units, was a cobbled-together version of the group's second album, the UK chart-topper, With The Beatles, and featured 12 songs — 10 John Lennon – Paul McCartney compositions, one by George Harrison and one then-popular show tune.

The tracklisting to Meet The Beatles is:

During his 2012 keynote address at Austin's South By Southwest music festival, Bruce Springsteen recalled first encountering the Meet The Beatles album: ["The Meet The Beatles album cover — those four head shots — I remember I saw 'em in J.J. Newbury's. When you ran down to the five and 10 cent store; there were no record stores — there weren't enough records, I don't think, in those days. There was a little set by the toys, where they sold a few albums. I remember running in and seeing that album cover — those four head shots. It was like the silent gods of Olympus. Your future just sort of staring at you in the face and that's too cool — I'm never gonna get there, man. Never."] SOUNDCUE (:28 OC: . . . there man never)

Paul McCartney is well aware of the importance of the Beatles, both as a musical and social force. But he maintains that the group was able to shine because of the strength and freedom accorded the children of the 1940's: ["We were lucky to be placed in the right point in time, when our generation was finding its feet. As we say, the 'Post-War Period' — now, suddenly, all these people were 20 and looking for something exciting to do. The freedom was there, the money situation wasn't bad — there were a lot of jobs and things at that point. And, yeah, so I think we were lucky, we were excited. I think the chemistry of the four of us was very special. I always think of it as four corners of a square; you couldn't do without any corner."] SOUNDCUE (:26 OC: . . . without any corner)

On May 2nd, 1964, Meet The Beatles was replaced in the top spot by The Beatles' Second Album — marking the first time an artist had replaced themselves in the U.S. charts.

An estimated five million units of Meet The Beatles were sold by December 1966.