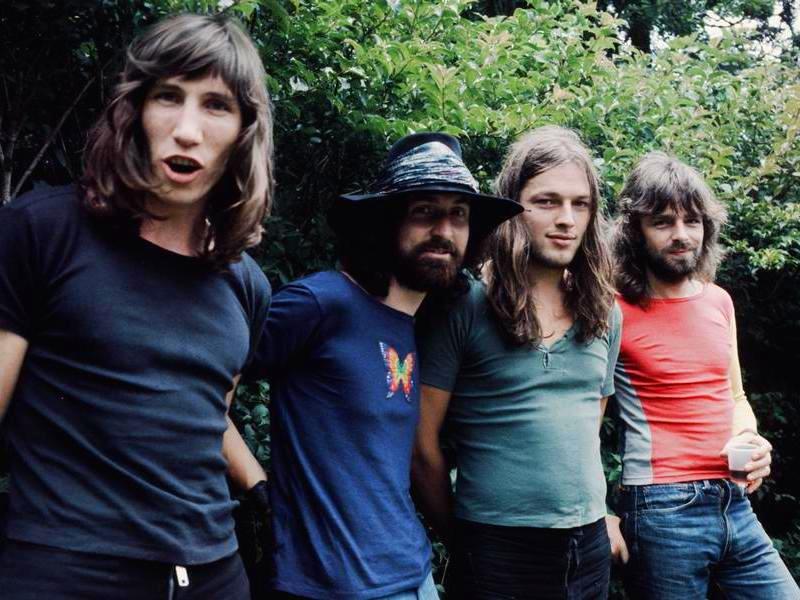 Coming on March 24th is Pink Floyd's new 50th anniversary deluxe box set edition of 1973's The Dark Side Of The Moon. The package includes the CD and gatefold vinyl of the newly remastered studio album and Blu-Ray + DVD audio featuring the original 5.1 mix and remastered stereo versions. Also featured is the new Blu-ray disc of Atmos mix plus CD and LP of The Dark Side Of The Moon — Live At Wembley Empire Pool, London, 1974.

Also issued separately that day on CD and first ever vinyl release of The Dark Side Of The Moon – Live At Wembley Empire Pool, London, 1974. The concert was taped  in November 1974 as part of the band's winter tour and now features artwork of an original 1973 line-drawn cover by George Hardie.

Pink Floyd is also calling on fans to help create new videos for the classic set:

In celebration of the 50th Anniversary release, Pink Floyd also invite a new generation of animators to enter a competition to create music videos for any of the 10 songs on the iconic 1973 album. Pink Floyd has a rich history of collaborating with animators from the beginnings of the band (Ian Emes, Gerald Scarfe, etc.), and in some cases the visuals that accompany the songs have become synonymous with the music itself.

The 50th Anniversary will be no exception. The band would like to give all animators an opportunity to present a fresh take on these timeless aural works. Animators can enter up to 10 videos, one per song on the album.

A winner will be selected from a panel of experts which will include Pink Floyd's Nick Mason, Aubrey 'Po' Powell (Pink Floyd's creative director) and the BFI (British Film Institute).

The deadline for submissions is November 30th 2023. To enter and for more information go to https://pinkfloyd.com/tdsotm50/.

Although David Gilmour is obviously proud of the band's accomplishments, he finds the exploitation of their album's major anniversaries — like that of The Dark Side Of The Moon — slightly off-putting: ["I hate to be reminded of my album's birthdays, because I just know that the record company and other people are going to want to celebrate it by promoting it again (and) get poor unsuspecting punters (laughs) another copy. It's our pivotal, breakthrough album. How could I not love it, it's just brilliant. It's the point where our career moved into a different gear — for better and for worse. Our lives changed forever at that point. There was a lot of good, and some bad, that went along with that."] SOUNDCUE (:29 OC: . . . along with that)